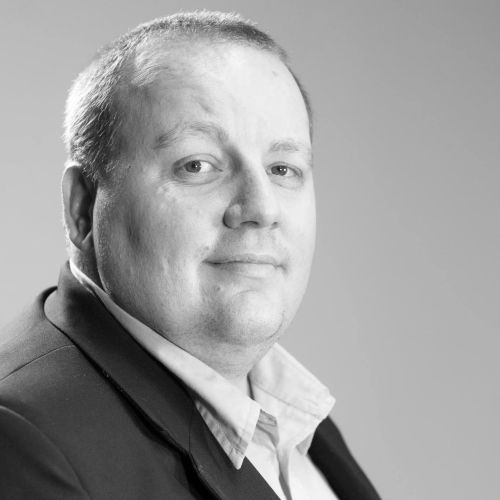 As the Eastern Line train stops at Middlemore station to pick up more travellers for the morning commute into Auckland’s CBD, one middle-aged man in business attire steps onboard and quickly takes his seat among several other passengers.

But this man looks different from the others because he is not wearing a face mask and, from the look of him, he doesn't intend to rectify this.

Sitting a few feet away, I notice this at about the same time the young train manager does.

With her face mask securely in place, she walks over to politely ask the man to don his, as is required by law changes due to covid-19. However, he looks at her, shakes his head rudely and utters a simple “no”.

At this point, you’d expect her to lay down the law and demand that he covers his face, but you’d be wrong.

She simply replied, “okay,” and walked away, only to be confronted by a group of teenagers a few minutes later who also just ignored her request and smiled when she approached them.

I find this worrisome because we can enter another lockdown at any moment.

In the past week alone, prime minister Jacinda Ardern has backtracked on almost a year’s worth of saying she will not leave any New Zealand citizens or residents “stateless”, but clearly, India’s out-of-control spread of covid and the rumours of forged pre-flight covid tests has changed her mind.

While New Zealanders stuck in India still retain their citizenship status, the ban on flights effectively suspends those rights due to fears they may cause another outbreak.

Then it came to light a border worker (security guard) who tested positive for covid last week may have not had a previous covid test since November.

That’s six months’ worth of failures to test him fortnightly for covid. It also obviously begs the question; how many other border workers haven’t been regularly tested, and are we being lied to?

Covid response minister Chris Hipkins was quick to throw this person under the bus by implying it’s the individual’s fault for not complying with undergoing fortnightly covid tests, and not the government's.

If this sounds like political spin 101, it’s because it clearly is. Hipkins bobbed and weaved repeated questions by a pack of hungry journalists who demanded answers as to why it took six months to uncover this huge failure.

But as usual, investigations were launched and not much more could be said because of this, etc. Same spin, different day.

Putting aside the politics, all this reinforces the fact the chance of another outbreak looms large.

We are gambling with the team of five million’s collective health and prosperity. We really can’t afford another lockdown.

Too many people have lost their livelihoods and too many businesses have had to close their doors permanently.

This virus wants to spread and all these failures will ultimately result in it doing exactly that – again.

Face masks on public transport were made mandatory by the government and, according to a Ministry of Health spokesperson, "people can face a $300 infringement, or a court-imposed fine of up to $1,000 if they do not have a reasonable explanation for not wearing a face-covering when they are required to".

Although I'm sure the man on my early morning train didn't have a good reason for refusing to wear a face mask, the reason for wearing one is simply because if someone with covid managed to spread the virus on a bus resembling a packed sardine can, we might end up losing this battle.

I approached both Auckland Transport and Greater Wellington’s Metlink to ask about their approach to enforcing the requirement to wear face masks. Nothing new, but both made it clear it was not their job to “enforce the law”.

Surprisingly, Metlink spokesperson Stephen Heath added that “we do not support staff intervention due to the potential safety issues involved”.

Job of the police

According to both organisations, it’s the police’s job to enforce this “law”. But as a daily traveller on Auckland’s rail network, I am yet to see a single police officer on or near a train since the start of the pandemic.

So why was wearing face masks made mandatory if it isn’t and can’t be enforced?

A police spokesperson confirmed police have not arrested or fined a single person for failing to comply “with the order to wear face masks on public transport”.

Although my colleagues and I see dozens of people daily refusing to wear face masks, police added they are “pleased with the overall general compliance by the public”. Really? How can they be pleased if they are clearly failing to enforce this?

I understand the police may be overworked and can’t be everywhere, but surely this should be a priority for them. Covid is no joke.

Yes, we’ve been lucky in NZ as we’ve been able to live fairly normal lives, but more than 90% of the world hasn’t.

Outside our much-coveted borders, people are dying and losing loved ones. We don’t want to join their ranks, we really don’t.

Hipkins, responding to my questions, said the government’s message hasn’t changed and “people need to be practising good habits with face coverings, so they can keep themselves and others safe when they travel”.

While he added he has “been encouraged by general compliance by the public,” I am anything but and you shouldn’t be either.

Just like the police, I’m doubtful Hipkins regularly jumps on a train or bus, because if he did, he might just realise we’re playing with fire.

Over the past year, we’ve repeatedly heard about botch-ups at MIQ facilities, with border workers and we’re lagging behind the target for vaccines that were meant to be administered to date.

Sometimes rules are meant to be broken, but not when it comes at the expense of our freedom and health. Not now, not ever.

It doesn’t take much to wear a face mask. But it will take a lot of effort for your fellow New Zealanders to forgive you if you end up being the cause of another lockdown, especially one that can be avoided by a simple, kind action.

ABOUT THE AUTHOR
Jacques Steenkamp
Homepage Editor
+64 20 4137 7898
jacques@businessdesk.co.nz
Jacques is an award-winning investigative journalist and bestselling author. He is a former news director for the Sunday Star-Times and Stuff, and senior reporter for the SABC and Media24 in South Africa. He is also the 2016 recipient of the Nat Nakasa Award for Media Integrity as a member of the #SABC8. He joined BusinessDesk in 2021. You can follow him on Twitter @JacqueSteenkamp or connect with him on LinkedIn here.