New Zealand and the Asia–Pacific decade 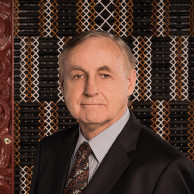 A decade ago, New Zealand offered to host this year’s APEC (Asia-Pacific Economic Cooperation) meetings. It seemed a safe bet at the time – a resilient region was growing strongly off the back of wide support for trade and globalisation.

How much has changed since then.

The decade has seen the Asia–Pacific confronting new ways to grow, driven by major changes in trade, capital and technology flows, together with demographic disruption. On top of that, the region is experiencing the resurgence of the Chinese economy, a defensive US response, climate change concerns, and the problems of covid-19.

This brings new worries about globalisation and challenges for New Zealand as it hosts APEC, with the first meetings now starting.

This growth meant guaranteed generational improvement in income, and this encouraged a societal consensus for growth that papered over social inequities, environmental damage and political tensions.

The economic model was based on the regional integration of production: raw materials from South-East Asia, Oceania and Southern Cone countries feeding intermediate manufacturing operations in locations largely dictated by comparative labour costs and productivity in East Asia.

This was to be financed by mobile capital; linked by sophisticated supply chains to assembly plants, particularly in China, and via efficient container shipping to the affluent markets of North America.

Some structural changes are now disrupting that model.

The high-growth period before the global financial crisis (GFC) led to a large build-up in debt, including over-investment in housing in the West and in infrastructure in the East.

The GFC itself led to losses in asset value, financial institutions being more tightly regulated, and a growth in sovereign debt from bank rescues. In the West, this has meant lower productivity, slower trend growth rates, low inflation and near-zero interest rates.

Trade growth had been the key economic driver for the region, but it slowed notably after the GFC and has never returned to the previous highs.

There have been several reasons: limits to the gains available from vertically disintegrated production models; Chinese regional industry policy seeking to build domestic supply chains; US policies discriminating against foreign expansion; a pressure to onshore investment; and other results of the US–China trade tensions.

Another major trade change has been radical disruption to energy markets: huge new production capacity is turning the US into an energy exporter, OPEC market domination has been disrupted, environmental pressures are reducing the coal trade, and natural gas has become a major traded commodity in the region.

Trade in services has been slower to develop, even as Asia–Pacific has been leading the world in integrating manufacturing. However, the current industry and national battles over 5G networks and digital platforms indicate the huge commercial and political possibilities in the Internet of Things.

While manufacturing, energy and services trade are all changing, commodities trade has been less affected. Demand for raw materials continues, but the economics still favour the bulk shipment of relatively unprocessed product to be transformed in the factories of East Asia.

The big NZ exporters of dairy, logs and meat have not managed to add much value locally, instead increasing production volume domestically and continuing to sell into the regional supply chains.

Some smaller entrepreneurs with branded, high-priced products such as pāua, salmon and mānuka honey have prospered in the new middle-class markets of Asia, but this constitutes a small share of NZ’s export receipts.

A feature of East Asian growth has been the very high household savings rates that have funded the region’s business and infrastructure investment.

As the financial markets of the region have opened, the demand for diversification and better returns available through direct and indirect investments from corporate funds and wealthy families is growing.

The composition of East Asian and Latin populations in the Asia–Pacific region has changed significantly. Birth rates have dropped, education rates have increased, childbearing is occurring later, and households are moving from extended to nuclear or single person.

This marks the end of the ‘demographic dividend’; workforces are no longer growing, but are higher-skilled, more costly, and ageing. Lengthy retirement is a new phenomenon.

With income growth has come a surge in middle-class populations.

Typically, these are urbanised apartment dwellers and their consumption patterns are changing. They are paying more for branded/imported/exotic/safe/environmental products and are spending on services such as health, education and travel.

These households have significant savings and are more mobile.

Asia-Pacific regional integration has also involved large, albeit highly regulated, population flows. By 2018, there were more than one million student movements in the region, considerable travel by businesspeople with cross-border commercial interests, a growing trade in health tourism, and a huge regional tourism industry.

The most complex of these flows is labour movement: there has been major growth in professionals in Pacific Rim countries flocking to buoyant financial and business services sectors. Businesses themselves, especially those that are digitally based, have also become more mobile. There has also been growth of limited-term migrant labourers.

The NZ economy has benefited from ongoing immigration from the region, although the balance and composition has sometimes been contentious.

On the other side of the account, NZ has lost a considerable amount of talent – Kiwis who have benefited from state-funded education and health but have then emigrated for lengthy periods.

Likewise, many local small technology companies have benefited from the New Zealand start-up environment and then moved offshore.

Emigration of people and businesses raises the question of appropriate tax policy when capital and labour have become so mobile.

NZ’s tax structure, without capital and inheritance taxes, does not look resilient when Kiwis, their trusts and their businesses can enjoy state-funded benefits then move offshore so easily, avoiding income tax and offering their human capital to other jurisdictions.

Labour costs were still important enough to determine choice of location through the region.

It is still too early to be sure of the consequences for the region with regard to location, scale and supply chains.

Knowledge and ideas in the region have spread massively, increasingly encapsulated in electronic data and sometimes regulated through intellectual property laws and privacy rules.

These flows have grown far faster than other cross-border flows, and that trend will continue. However, there are growing tensions: for example, major regional disagreements over data ownership, participant privacy, cybersecurity, tax liabilities, 5G and 6G standards, and digital platform design.

Policy attention to the risks of climate change has grown quickly through much of the Asia-Pacific region. Recent extreme weather trends have raised their visibility and exacerbated impacts, particularly in East and South-East Asia, where the huge delta-dwelling populations are extremely vulnerable.

However, there is no agreed climate change policy in the region.

But there is little leadership, with unresolved arguments about responsibility for emission legacies, and a focus in East Asian countries on carbon in consumption in response to the West’s offshoring of production emissions.

The impact on Asia will likely increase demand for food stocks, increase the need for emergency assistance, change the nature of infrastructure investment, tighten requirements for climate-friendly agricultural production, and result in the displacement of populations and increased environmental migration.

Leadership in the region

The Asia–Pacific economies have altered significantly during the past decade.

NZ has been insulated from some of these changes and has benefited from others. However, some major hurdles are ahead, and these may intensify the country’s traditional regional weaknesses – low export value-add and leakage of talent and value overseas.

As an open economy with major trading interests, NZ has traditionally played an active role in the region, promoting trading opportunities and, less successfully, championing the liberalisation of agricultural trade.

As NZ hosts APEC in 2021, it will be a key year for such economic leadership.

After several years of debilitating regional trade tensions and the unproductive experiences of previous APEC hosts, expectations are high for NZ to produce a year of useful initiatives, helping APEC to come to terms with the economic regional challenges of this decade.

This is made difficult by the spread of covid-19 and the resulting need to run APEC by virtual technologies. Much will depend on NZ thought leadership and institution rebuilding.

Alan Bollard was executive director of the APEC secretariat in Singapore from 2012 to 2018. He is now a Professor of Practice at Victoria University’s School of Government and he also chairs the Infrastructure Commission.

ABOUT THE AUTHOR
Alan Bollard
Contributor
Alan Bollard is professor of Pacific Region Business at Victoria University of Wellington, chair of the NZ Infrastructure Commission and was executive director of the APEC Secretariat in Singapore from 2013 to 2019.
Latest articles
New Zealand and the Asia–Pacific decade
RELATED