ASX in NZ: Capitalising on our ‘liberty of distance’ 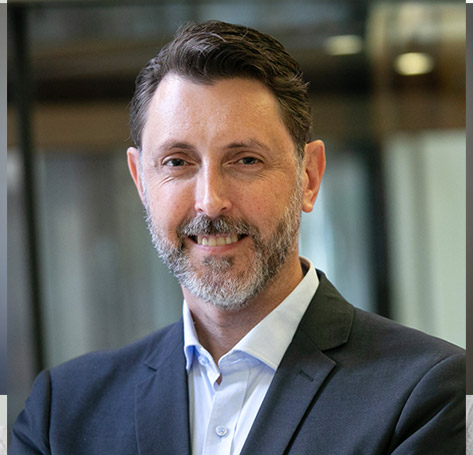 New Zealand punches above its weight with innovation and resourcefulness carved out of the challenge and opportunity presented to us in our land of plenty. So often, we have shined on the world stage, conquering the tyranny of distance and combining Kiwi ingenuity with a little help from some offshore funding.

The New Zealand invention of refrigerated shipping in the late nineteenth century made it possible for us to begin exporting frozen meat and dairy products, a cornerstone of our modern economy.

Much later, in 1953, Sir Edmund Hillary applied mountaineering skills perfected on the slopes of our rugged Southern Alps to climb Mount Everest. The quintessential Kiwi bloke, he humbly described himself as a “reasonably good climber” and said he and Tenzing Norgay had done a “pretty good job”.

Sir Ed’s understatement springs to mind when reflecting on Aroa Biosurgery founder and CEO Brian Ward (pictured above). Speaking to a packed trans-Tasman gathering at the BioShares Summit in Queenstown in 2019, he introduced himself as the founder of a company that “upgrades sheep stomachs”.

Aroa Biosurgery is, of course, much more than that. It is a soft-tissue regeneration company that develops, manufactures, sells and distributes medical and surgical products to improve healing in complex wounds and soft-tissue reconstruction. Aroa now has a market capitalisation of around $350 million after listing on the ASX last July, when its share price almost doubled on debut.

Aroa was the ASX’s first IPO from New Zealand to take place after international borders were slammed shut by the covid pandemic. In the same way that Sir Peter Jackson brought Hollywood and United States capital to New Zealand, Aroa Biosurgery was able to attract international investors to invest in its business here to support its global exports – but it did so almost entirely virtually, through virtual roadshows, conferences and meetings.

Brian Ward says this process was much more efficient than having to fly to Australia or the US to meet contacts in person, which would usually take him and key staff out of the company for extended periods.

It is, after all, what we do – and do exceptionally well when we get it right. New Zealanders have been able to build incredibly successful global businesses and brands from our shores, using our ‘No 8 wire’ creative mindset while tapping into global pools of capital – Xero, Fisher & Paykel Healthcare, Kathmandu, and A2 Milk (Bloomberg’s top global stock of the decade) to name just a few.

Kiwi companies lead the charge in 2020

In late January last year, Happy Valley Nutrition was the first of seven New Zealand companies to venture onto the ASX in 2020. It was raising capital to develop a milk-processing, blending, and packaging facility in Ōtorohanga to produce infant milk formula and other nutritional products for global markets.

Founded just four years earlier on the North Shore, Laybuy focused on markets in the United Kingdom and Europe, growing into a $200 million technology company in that time. In December, it entered the S&P ASX All Technology index, joining fellow Kiwi companies Xero, Pushpay and Volpara.

New Zealand Oil & Gas completed its listing on the ASX on Sept. 25, citing it as a market with stronger interest in upstream oil and gas, and one which “tends to value exploration and production realistically”.

New Zealand peer-to-peer lending platform Harmoney listed on the ASX on Nov. 19 (with a secondary listing on the NZX) to accelerate its trans-Tasman growth. Harmoney’s listing was co-led by Jarden, now operating as a trans-Tasman investment bank.

It is no surprise that technology company listings from New Zealand are trending upwards. By nature, they involve easily distributed non-physical platforms or services that can be developed here – sometimes in quite remote places – and still attract global demand. This leads to high growth and a need for access to capital.

The ASX has similar rules and regulations to the NZX,  a currency that is highly correlated to our own, a global investor base, and a vibrant, growing technology sector of more than 200 companies. It provides access to capital and has become the natural home for technology companies in this region.

EROAD (mid-September) and Plexure (late November) became the sixth and seventh New Zealand companies to list on the ASX in 2020.

It is hard to predict what this year will bring, but one thing is certain: New Zealand companies with global aspirations will continue to emerge, tapping into worldwide pools of capital as they prosper.

In fact, the ASX has already had its first listing in 2021, and it came from New Zealand. Cervical cancer screening company TruScreen listed on Jan. 6, trading up strongly on debut and bringing the total number of Kiwi companies listed on the ASX to 62.

I look forward to watching our ASX-listed New Zealand companies take advantage of their listing to expand, grow, and have others join them in taking on the world. As Winston Peters pointed out last year when still Minister of Foreign Affairs and Trade, our “tyranny of distance” can also be our “liberty of distance”.

I say to these venturers, Kia kaha, kia māia, kia manawanui (be strong, be steadfast, be willing) and, in Sir Ed’s immortal words, “Life’s a bit like mountaineering – never look down”.

ASX operates at the heart of the globally attractive, deep and liquid Australian financial markets. It uses technology to develop innovative solutions that make life easier for our customers and create value for our shareholders.
Technology
Rocket Lab close to deal with US acquisition company — report
Staff reporters | Mon, 01 Mar 2021

Sponsored
Spark’s Mobility as a Service

Necessity is the mother of invention, a point well illustrated during and following the Christchurch earthquakes ten years ago and driven home by governments, business and telco’s response to the covid-19 global health crisis.