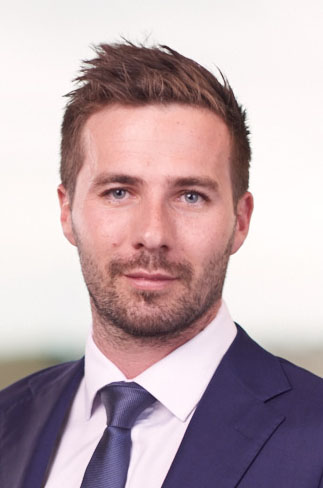 As it became clear that authorities could not track and trace the large number of new cases each day, the only feasible way to quickly bring the virus situation under control was to lockdown the whole city. To not lockdown risked an uncontrolled spread of the virus and likely isolation of Victoria from the rest of the country for an indefinite period.

The best case from here is that new cases do not rise substantially above 200 over the coming week then begin to decline over the following weeks. This may allow Premier Daniels to walk back the lockdown as early as week four.

The worst case is a that new daily virus numbers do not decline putting the Premier in a very difficult position come late August – either give up on virus elimination in Melbourne or extend the lockdown further? This situation combined with the spread of the virus to other states would be a very disappointing outcome for Australia which was in a very strong position only a month ago.

We think the outcome is more likely to be closer to the best case than worst case, but time will tell.

Melbourne accounts for approximately 25% of Australia’s population and GDP. Not only are Melbourne consumers and businesses faced with a daunting six-week lockdown and temporary closure of many businesses, they are also faced with the uncertainty of whether this occurs again over the coming months and years. To an extent this applies to other major Australian cities who should no longer feel as secure given developments in Melbourne.

This is likely the last chance for Melbourne to eliminate the virus. If this virus outbreak is successfully brought under control only to return once again in substantial numbers later this year, we believe another city-wide lockdown will be too unpalatable to implement. Ensuring any future outbreaks do not spread this far before detection will be essential in the future.

JobKeeper continues until the end of September, so once again this will support businesses and consumers to a certain degree. Perhaps the Federal Government will make JobKeeper beneficiaries in other states retest for approval, effectively reallocating redundant JobKeeper funding from those states to Melbourne businesses who are in greater need.

However, there is no denying this is a major economic setback, not only for Victoria, but also for Australia. Confidence will unlikely bounce back as quickly after this lockdown as it did in May. This means lower consumer spending, less business investment and more job losses. The Morrison Government will be called upon for more support, and it will almost certainly deliver some. But the longer this continues and the more the Federal Government spends, the harder the decisions become. There is no V-shaped recovery.

Not all is doom and gloom for the share market. If there is one lesson this year it is that the share market is not the economy. Extraordinary support from the RBA and other major central banks around the world has flooded the world with cash and left returns on term deposits and high-grade bonds close to zero. This leaves few other traditional investment options for investors searching for a reasonable return. So much of this money will continue to flow into the equity market, and to an extent, property.

Given this lack of alternative investments, and the widespread view that central banks will step in with further support if markets fall too much, we believe the downside for the ASX is somewhat limited. We may see a further pullback over the coming days and weeks, but do not anticipate a major setback unless another unforeseen domestic or global development occurs. Central banks failing to deliver further support if required would be a very negative development. But this looks is unlikely in the near term.

Regardless of the overall market direction, we expect to see continued divergence within the market. Investors will likely continue to sell impacted sectors and seek relative safety in unaffected sectors.

The more impacted sectors include travel, banks, most REITs to some degree, and various retailers. Many of these stocks remain well below their February highs, and for some, not far above the March lows.

It is important to appreciate that investors now have a better understanding of the impact of COVID-19 on these companies than in March. Therefore, while many of these stocks may decline in the near term, most will not go back to their March lows. They may also rebound sharply again if the virus spread comes under control.

The unaffected sectors that investors may look to for safety include supermarkets, telecommunications, healthcare, utilities, tech companies, gold miners and some may even look at the iron ore miners. In an uncertain world that is flush with liquidity, and offers poor returns on cash and bonds, some of these stocks may see their valuation multiples push far higher than their February levels.

Disclaimer: The material contained herein is based on information believed to be accurate and reliable although no guarantee can be given that this is the case. This is intended to provide general information only. It does not take into account your investment needs or personal circumstances. It is not intended to be viewed as investment or financial advice. Before making any financial decisions, you may wish to seek independent financial advice.

Reserve Bank stimulus helped soften a fall by New Zealand equities as investors reacted to a covid-19 flare-up which has put Auckland back into a level-3 lockdown. The S&P/NZX 50 Index declined 153...

We should have gone back into our state of covid-19 lockdown with an effective digital contact tracing technology in place.