The missing Silver Lake link and All Blacks Ltd 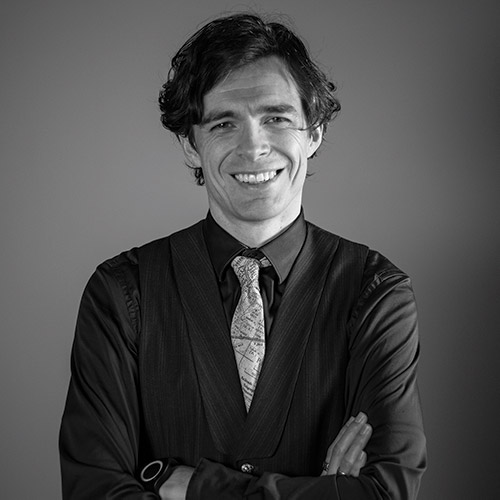 Jonah Lomu was the main attraction when broadcasters were vying for control of rugby during the dawn of its professionalism in the 1990s. (Credit: Getty Images).

New Zealand Rugby is poised for its biggest structural change in 25 years of professionalism with the bulk of its income and expenses carved out into a subsidiary if the controversial Silver Lake deal gets over the line at this month’s annual meeting.

Sceptics of the deal point to the lack of rugby specific skills the private equity firm brings to the table, and question why a commercially focused subsidiary of NZ Rugby needs to partner with a firm that invests not only in sports organisations such as the Ultimate Fighting Championship mixed-martial arts promoter but also in tech companies including Airbnb and Expedia.

Where Silver Lake's acumen and networks are most on show is through its stake in talent and media giant Endeavor Group, which is the global master licensee of the Rugby World Cup, which will have two Silver Lake execs on its board once it goes public.

Silver Lake and other pre-initial public offering investors – including Ari Emanuel and Patrick Whitesell who were behind the merger to form the media giant – are pooling their investment and will have a controlling stake once the group joins the New York Stock Exchange.

It also isn’t ruling out future deals with those pre-IPO investors, “including with respect to future investments, acquisitions, and dispositions”.

That’s where a future All Blacks Ltd might find the greatest benefit from its private equity partner.

Deloitte’s 2019 state of the unions report on the financial health of rugby’s biggest unions showed commercial revenue from broadcasting and sponsorship, and matchday income accounted for almost all of the national union’s annual income in the 2016 through 2018 financial years.

“It’s going to shape the next 25 years and the way we view our sport,” he said.

That includes shaking up the models NZ Rugby has used since the mid-1990s when Rupert Murdoch’s News Corp outbid rival media mogul Kerry Packer, who almost pulled off a global club competition as an alternative to test rugby, with multi-year broadcasting rights.

“In the stadium, people want a really good experience, but outside the stadium, it’s not just about watching it on the TV, it’s short highlights packages,” he said.

NZ Rugby is already largely comprised of its commercial operations. Its 2020 accounts will get filed at this month’s annual meeting –scheduled for the 29th – where the unions will vote on whether to agree to a final proposal.

In calendar 2019, the national union generated income of $187.1 million, of which $57.5m was from broadcasting rights, $72.9m from sponsorship and licensing, and $16.4m from matchday takings. $27.9m of other income largely came from the union’s $20.2m of Rugby World Cup grants and $5m from NZ government grants.

Of its $194.5m expenditure that year, $54.2m went to the national teams, $92.3m to competitions and $14.1m on administration. Another $33.3m went to game development through NZ Rugby’s distributions to the 26 provincial unions.

How that will actually look under a new model hasn’t been ironed out yet, with the prospective deal with Silver Lake still just a proposal.

The nation’s 26 provincial unions – which in turn represent thousands of club members up and down the country – largely back the deal in principle, which would see private equity firm Silver Lake inject as much as $465m for between 10% and 15% of NZ Rugby’s commercial business. The players are more circumspect, having yet to give the deal their blessing after several mediation sessions with the sports administration’s top brass.

That’s due in part to the capital injection the provincial unions will receive to strengthen their own balance sheets and put to work in developing the grassroots levels of the game.

Deloitte’s Jarrold said that capital needs to be put to work to add value to the local rugby communities.

“If they’re just doing up a few clubrooms, that’s not the answer,” he said.

One element that remains unclear is where NZ Rugby’s share of TAB gambling revenue will sit. NZ Rugby is the recognised national sports organisation that negotiates with the nation’s wagering business for its share of the $80m or so of bets placed on rugby matches through the TAB.

That will be another leg to Silver Lake’s plans to grow the global game. Endeavor anticipates double-digit growth in global sports gambling, and rival private equity firm CVC Capital Partners is among the names touted as a potential bidder for ASX-listed Tabcorp’s wagering business.

ABOUT THE AUTHOR
Paul McBeth
South Island correspondent
+64 27 714 3344
paul@businessdesk.co.nz
Paul leads BusinessDesk's South Island coverage, based in Queenstown. He joined the business in its first year in 2008. In that time, he's covered monetary policy, the collapse of the country’s mezzanine finance sector, restructuring of the telecommunications sector and financial markets law. Through BusinessDesk, he's been published in the Dominion Post, NZ Herald, the Independent Business Weekly and the Listener. You can follow him on Twitter @pbmcbeth or connect with him on LinkedIn here.
Latest articles
Nash promises Milford money won’t go on talkfest
The battle for Queenstown’s skies
Debt relief welcome for inbound tour operators
BUDGET 2021: Tourism gets $200m to aid reset
Final bids due in mortgagee sale of Kerr’s Arrowtown property
RELATED