Partner Content: What is happening to the copper network? 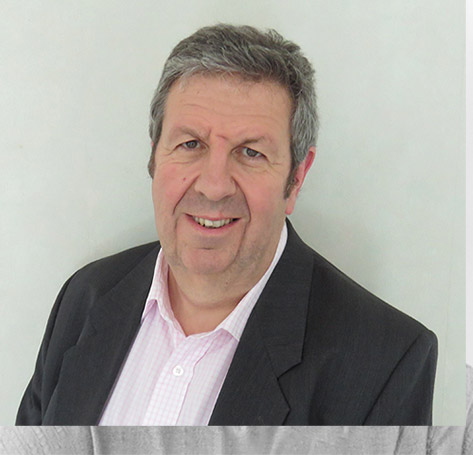 Chorus CEO, JB Rousselot, says that eventually Chorus will stop using the copper lines that carried our telecommunications for more than 100 years where there is fibre available, but we’re only at the start of the journey.

“We’re not planning to retire the copper network everywhere. It’s going to be a progressive trial. We’ll work street by street. The process will take several years.

“We are only going to remove copper in areas where we have fibre in place. Where there is no fibre, nothing will change, we will keep the copper network running.

When the process starts, home and business owners that will be affected will hear from Chorus. There’s a process that involves giving customers plenty of notice and time to prepare for the change. While service providers will also be in touch with consumers, the copper withdrawal clock at an address doesn’t start ticking until the owner gets official notification from Chorus.

If a home or business doesn’t hear from Chorus, they don’t need to do anything at all. He says: “Unless you hear from us, there’s nothing to worry about, no decisions to make, we’re not changing anything”.

Rousselot worries about reports some consumers feel pushed into making decisions ahead of time. “That’s not happening. We’re not going to ask anyone to make a long-term broadband decision without being able to consider all the available options”.

While there are reservations about closing the copper network in some circles, he says many people won’t notice the change: “In Auckland 72 percent of people are on fibre already. These consumers have decided to embrace new technology and won’t be affected when the old technology is turned off.” Fibre offers a better technology than copper. Networks built with fibre are cheaper to operate, easier to maintain and friendlier on the environment. Fibre is more reliable. It uses less electricity, which means lower carbon emissions. Above all, fibre connections are much faster than copper. You get better streaming video, better Zoom calls and a better PlayStation experience. Fibre can handle more simultaneous connections. This is particularly important in a home where several people want to do their own thing online at the same time.

At the time of writing, you can buy a fibre connection to your home that runs at four gigabits per second. Soon 8 Gbps connections will be available. That’s roughly one hundred times the best data speeds currently on any copper network.

Rousselot says that by the end of 2022, 87 percent, that’s almost nine out of ten New Zealand homes, will be able to access the fibre network.

To date, two out of three homes have chosen to change from copper to fibre. The number of people moving to fibre continues to climb.

There’s a strong technical case for moving everyone else to fibre: they’ll get a better connection. The economic and environmental case is just as strong. Running two networks in parallel is expensive and wasteful. It increases the cost of providing a connection.

People’s concerns about switching networks fall into two categories. First, there are remote alarms. In the past security or health alarms depended on the copper connection. There are now many options that work with fibre. If you use an alarm, you will be able to carry on with little disruption, provided your alarm system is IP or mobile capable.

The second fear is that because the equipment needed to use a fibre connection requires electricity, it may not work when there’s a power cut. That’s true up to a point, but it’s not the whole story. People worry it could be hard to make a 111-emergency call without copper; the telecommunications industry has worked with government to develop the 111 Contact Code which fixes that problem.

Most home telephones on the copper network also need electricity. Models with cordless handsets only work when there is power. The old BT jack wired handsets, some people keep one in a cupboard for emergencies, would still work for a time if there’s an outage, but they are relatively rare nowadays and rely on batteries in the roadside cabinets.

Just as the power feeding a copper phone network is independent of the power supply to your home, the power feeding fibre is also independent. Both networks continue working when there is no power in a house. The difference is that fibre connections have an optical network terminal or ONT that needs power.

To keep the ONT, and data communications running, homeowners can install an uninterruptable power supply so they can continue to use fibre if there’s an outage. These are not expensive and are easy to install.

In an emergency, there’s also the mobile network. These days there are more active mobile handsets in New Zealand than people. More than 90 percent of people have a mobile phone to stay in touch during an emergency.

From September this year Chorus will run a trial in a limited area to learn how best to move customers off copper.

The copper withdrawal process code was agreed with the Commerce Commission. Rousselot says there will be a small minority of people who feel challenged by the change. “For those people, we will find a way to make it easier for them”, he says.

He has been through this process before. He previously worked for NBN Co in Australia. There, the copper network was withdrawn from an area 18 months after the fibre network was built. He says: “They’ve learnt how to handle this. They know how to deal with vulnerable customers, how to handle medical and security alarms.”

There is no big bang, unlike when, say, the analogue television frequencies were switched off. Most people won’t need to do anything. Rousselot says no-one will be left behind. When the time comes there will be plenty of warning and all the information people need to make the right choices.

This story was paid for by Chorus, which is a sponsor of BusinessDesk's technology section.