Have you heard of the Dunedin brewery called New New New Corporation? I love the name because it is a direct – and cheeky – reference to the fact breweries these days are always bringing out something new. In fact, at the recent Auckland Craft Beer and Food Festival, Liberty Brewing had a beer called “Something New”. As owner-brewer Joe Wood explained, he’s always getting asked if he had “something new” and this time he had the answer.

As a result, it’s almost impossible to keep up with what’s going on in the industry – heck, it’s hard enough keeping up with Garage Project and Behemoth, who bring out a new beer at least once a week. But fear not, I’ve got your back with 10 new beers to try.

Fresh hops: The release of fresh hop beers is a once-a-year phenomenon after brewers get access to a limited supply of freshly picked hops during the annual harvest. The bulk of hops are dried and pelletised for use throughout the year ahead but a small volume is set aside to be used in their unprocessed state. They are delicate wee flowers (literally) and have to be handled with care and speed. And the beers are designed to be drunk fresh. All the biggest breweries will have fresh hop beers, including the likes of Epic, Liberty, Garage Project, Sawmill and 8 Wired. But if you want a real fresh hop experience, look out for Urbanaut’s Fresh Hop six-pack – it’s a New Zealand first and gives you a chance to try six different styles of beer with six different hops to explore what they bring to each beer. $26.99 / 6-pack. Fresh oysters: Hop harvest coincides with Bluff oyster season and that means one thing in the beer world: Three Boys Oyster Stout. This annual release, made with fresh bluffies, is out now. It delivers a lovely salted-chocolate flavour. $7.50 / 500ml. More from the dark side: As winter looms, dark beers become more popular and I’m rapt to see the return of a cult beer from Panhead Custom Ales. Their Black Sabbath is an 11% oak-aged American barley wine made with lots of rye malt. Huge vanilla, bourbon and tobacco notes. $12.99 / 500ml. 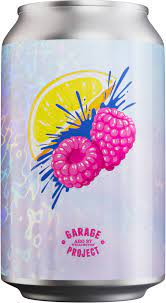 From black to blue: Garage Project Beyond the Pale is a “see it to believe it” beer. Brewed with blue spirulina, raspberries and lemon, this is described as a “juicy blue sour”. And it’s exactly that, with its neon blue colour the main talking point. $6 / 330ml. All colours of the spectrum: Since we’re on a colour roll, it’s worth noting that Red IPA is bouncing back into fashion. This style went out of favour a while back but both 8 Wired (Tall Poppy) and Bach Brewing (Duskrider) have brought back their Red IPAs after long absences, while Emerson’s have a Red IPA seasonal called Border Patrol. Try the unfiltered Bach Duskrider for a perfect balance of caramel malts and gentle hops. $8.99 / 440ml. 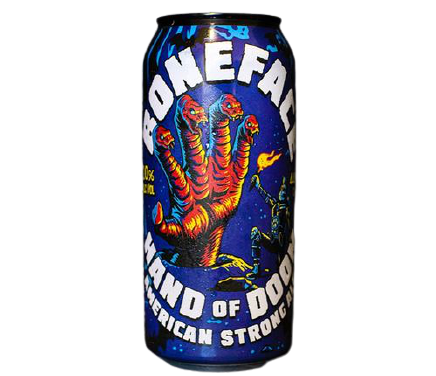 Big is good: Renowned brewer Kelly Ryan has just started as the brewery manager for Upper Hutt’s Boneface Brewing and the first new beer on his watch is called Hand of Doom, an American strong ale (10% ABV) with loads of resinous hops on a rich caramel malt base. $11.99 / 440ml. Buy one, buy two: Epic Brewing have come up with the marketing ploy of the year so far with its Player 1 v Player 2 beers. Based on the old-fashioned computer games where two players vie with each other, the idea is to buy two beers and decide which is better. The beers have the same base malts and hops, but one is a traditional IPA and the other is a hazy version of the same beer. $9.99 / 440ml. Do the right thing: Beer as a social enterprise is gaining support and one of those making a big impact is Citizen Brewing. Under the guidance of Sawmill owner-brewer Mike Sutherland and celebrity chef Ben Bayly, they save old bread from being thrown out and turn it into beer. The bread means less malt is needed, reducing resources and emissions. Try the zesty pale ale. $8.99 / 440ml.

Back to where we started: Dunedin’s New New New have – you guessed it – put out a new beer. They’ve teamed up with Wanaka’s b.effect to make Newb (newbie, geddit?), a watermelon and strawberry sour. $9.50 / 440ml.