Luxury watches - the tourbillon is the new must-have timepiece 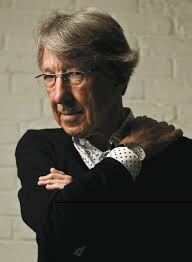 Long-time observers of the watchmaking industry will tell you that trends are difficult to predict but easy to spot, at least in normal times. At the big Swiss watch fairs where the bulk of a year’s new releases are launched, word soon spreads as to the flavour of the moment, be it blue or meteorite dials, moonphase displays, chronographs, whatever. In recent times, vintage reruns have been popular with brand after brand, as have steel-bracelet watches.

But what about this year? The covid-19 pandemic may have put a stop to watch fairs, but the trends are still clear, thanks to a raft of online releases and Zoom launches. They range from the comforting – vintage looks continue to find favour – to the downright complicated. And no, we’re not referring there to the raft of skeletonised pieces we’ve already talked about on BusinessDesk, but the horological herd thinking that’s marking 2020 as the year of the tourbillon –the caged crucible of cogs, invented by French-Swiss watchmaker Abraham-Louis Breguet more than two centuries ago, that works in conjunction with the base mechanism to counter the pull of gravity.

This is something that primarily affected the accuracy of pocket watches, given that they spent much of their time upright in a waistcoat. Never mind that this problem is hardly relevant today; rather, the appeal to brands now has less to do with timekeeping and more to do with the complexity inherent in a tourbillon’s construction and operation, and the status involved in being able to produce individual versions of such a complication.

For the consumer, the appeal lies in the visual, the fascinating view of the little wheels-within-wheels doing their 24-hour dance, something brands like to make sure you can clearly and easily see. Having gone to the trouble and expense of incorporating the complication in the first place – a process that’s both fiddly and time-consuming – most watchmaking companies present the tourbillon front and foremost via a cut-out opening in the dial. Or they abandon the dial altogether.

Whatever the approach, 2020’s new iterations attest to the tourbillon’s ongoing allure and confirm it as the complication-du-jour, a fascinating testament to mechanical miniaturisation. This orbital tourbillon boasts two cages mounted on a movement plate that rotates once every 12 hours while the blued bridge section functions as the hour hand. Two exposed mainspring barrels drive things, the output from the two tourbillons cleverly averaged by a differential. $950,000. For her
Bulgari Serpenti Seduttori Tourbillon

The smallest women’s tourbillon on the market comes cased in rose or white gold, with diamond paving (2.88 carats) the icing on a tasty horological morsel. Hand-wound, it’s even water-resistant to 30 metres. Priced around $120,000. Weighing just 30 grams despite spanning 47.25mm, this colourful carbon-fibre-cased statement is almost as invincible as the tennis master himself. Appropriate references include a racquet-like steel-string netting holding the movement in place. Manually wound, it’s yours for $1.5 million. You have to turn this discreetly dialled classic over to enjoy the flying tourbillon in action, but a treat awaits. Of a design first seen in 1920, it rotates once a minute, marking the seconds. Hand-wound with 100 hours’ power reserve, the watch is cased in rose gold and costs around $180,000. This is a king of complexity, with not only an over-sized tourbillon but a host of additional complications, from moonphase to perpetual calendar and split seconds chrono. Altogether, there are more than 600 parts. A relief-engraved gold dial adds to the allure. Priced around $900,000. Adding a fly-back chronograph to the main event, the openworked (skeletonised) AP is notable for its attractive movement architecture and the impeccable finishing of its 479 parts. Spanning 41mm and good to a depth of 30 metres (but you wouldn’t risk it, surely!), just 50 will be produced, at around $360,000 apiece. Whether for the lady or the lad, this decadent double tourbillon has been described by the brand as a “hyperwatch” and “the epitome of excess”. And who could argue with that, given that it’s cased in white gold and flamboyantly styled with 600 diamonds? The $1.3 million tag fits. A large opening on the dial in the shape of a horse’s head – so Hermès! – gives a glimpse of the inner workings of the minute repeater mechanism, while the tourbillon display nestles below. Yes, it’s unique, and presented in rose or white gold at a price of around $440,000. Undeniably contemporary, the sculptural openworked Blast is presented in a choice of rose gold, white ceramic, titanium or black DLC (diamond-like coating), with contrasting colours for such details as the tourbillon cage and even the balance wheel. It’s the bargain here at $75,000. This just-announced “world first” in watchmaking combines a tourbillon and a remontoir d’egalité, a complex system ensuring constant power supply even as the spring winds down, with both mechanisms mounted on the same axis. Yet to appear in a watch, the concept promises a new level of accuracy – even for a tourbillon.