Posture perfect – how to improve your golf game 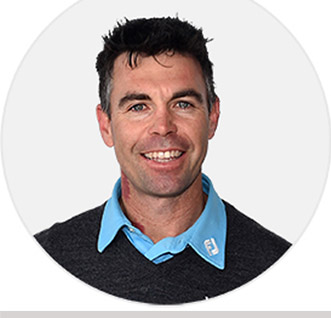 As a kid, I played football and softball and did athletics, but when I was nine, golf swept me up like a tsunami and quickly became my obsession. I absolutely loved the game.

With other sports, I used to get annoyed that I couldn’t practise when I wanted to unless other kids were available, and got quite disillusioned with teammates who didn’t want to win as much as I did.

But golf had everything I wanted. I loved the single-minded nature of it – that it was all on me and me alone, win or lose. So many challenges.

I also saw in golf a pathway to a good career, having watched many top exponents of the game in my early years at Titirangi Golf Club. “The Shark”, Greg Norman, the Australian former world number one, was one of them; I idolised him, not only for his shots but also for his manner.

Over the next few columns, I want to take BusinessDesk readers through some of the early lessons I learned from great teachers that have stood the test of time.

In golf, there are four fundamentals in the set-up:

In this first column, I will focus on posture. I believe the golf swing works from the inside out. By this I mean that when we move the body properly, the arms follow and then the club follows the momentum.

If I asked a group of golfers how they wanted to feel over the ball, most would say, “comfortable”. But their body needs to be engaged and/or athletic.

“Balance” is the word that dominates golf. People talk about consistency, which is another way of saying balanced. Some days, your ball striking is not of a standard you want to achieve, so the short game, or chipping and putting, balances your scorecard out. When a swing feels right, it's usually balanced.

Balance in the posture starts from the ground. Try closing your eyes and feeling this in your feet. Here, I have presented a good posture, with minimal knee bend and a neutral hip position. Some players may have longer or shorter arms so you may have to adjust a little, but keep thinking about function. Rotating and using each segment in your spine is essential to avoid injury and maximise rotation, which leads to power. Set your spine up to do this.

Your hips play a massive part in the swing and if you have too much posterior (backward) tilt, when you have tucked your bottom under itself, or anterior tilt, when your hips are forward – or, at the other end of the spectrum, if you can't move them at all – you will struggle to get the fluidity and repeatable swing that’s so desirable.

Start with your feet and then look at your hips using a mirror and get this part of your set-up as perfect as you can.

Remember, too much posterior tilt and your hips will jam and then release with too much load, causing tightness post round and even injury.

Too much anterior tilt will lead to over-rotation, with no resistance and possibly a flattening or lowering of the backswing height, which may lead to opposing patterns on the downswing, or what’s commonly known as the slice.

Check out these three photos and see which one is closer to your current style.

Just remember, don't be comfortable in a physical state, be athletic and that will help you to get mentally stable.

Check the pressure in your feet and your end range in your hips, both tucked and extended.

Some people can’t move their hips one way or the other. This is a negative for a golfer. Fluidity and stability are key.

Continue that thought in all of your set-ups and you’re giving yourself the best opportunity to hit that great shot.