We need bold, brave action to end this housing crisis 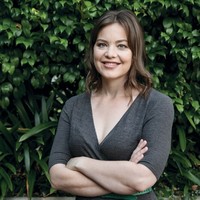 House prices are currently out of control. But they don’t have to be – government has the power to make housing affordable.

In February alone, the median house price increased $50,000 across the country and $100,000 in Auckland. If you live in Auckland, that's an additional $20,000 in one month that you would need if you were saving for a 20% deposit on a first home.

No one on a normal income can save $20,000 in one month. In fact, many people in New Zealand would be lucky to save that in a year.

The ratio of median house price to median household income is now above eight in New Zealand and its nearly 11 in Auckland.  At the same time rents are increasing and so it’s almost impossible for a household on a median income to save enough for a deposit by themselves without support from family.

This all just entrenches wealth inequality.

What we need now is bold, clear action by the government. This should come with a clearly expressed intention that house prices must see a moderate decrease and then a long period of no growth so that incomes can catch up and the ratio of house price to income can quickly come down.

This essentially means a soft landing for our housing market, which also has the risk of a massive crash at some point, which would have a terrible economic impact on people and on the country.

Previous government interventions have been about small tweaks to either demand or supply. The intention of those tweaks has been to slightly slow the pace of growth in house prices. What we need is a clear signal from the government, with policies to back it up, that house prices must fall.

The Green party has announced a four-point plan we hope the government picks up when it makes its own announcements scheduled for next week.

First, remove the five-year cap from the brightline test. This is a simple action that could be taken. It doesn't mean introducing a new tax, in fact, it is a logical conclusion of our current tax laws.

Second, we think there are more tools that can be given to the Reserve Bank to restrict the easy credit investors are getting. This easy credit is both risky for financial stability and overheating our housing market. We propose ending interest-only mortgages for investors and requiring debt-to-income ratios for investors.

We also think we need to look at limiting the money investors can take out of their existing home to use as a deposit.

Third, the government has to take responsibility for its role in stimulating the economy. The bank’s monetary stimulus, through the Large Scale Asset Purchases and Funding for Lending programmes, is contributing to housing price increases by pumping billions into asset markets and into mortgage lending.

The Reserve Bank has said that it needs to continue this monetary stimulus partly because the government's not pulling enough fiscal levers. This is the time to raise income support and to implement the recommendations of the Welfare Expert Advisory Group (WEAG) report to end child poverty.

The best, most direct way to stimulate the economy is to give money to people who don't have enough. We could end child poverty in New Zealand in this three-year term. There is no excuse for this government not to do that right now.

Finally, we need to use Kāinga Ora to build affordable homes and not just houses out in the suburbs, it has to be quality – density done well. Let's scale it up, 5,000 homes a year, either state houses or community, papakāinga housing around public transport.

This will mean in the longer term that supply can meet demand and we can see a stable housing market.

The government has the power to do all of this.

Now is the moment for bold, brave action to end this housing crisis.

Farm size, fertiliser use and irrigation will be under the spotlight in a new report released by Ministry for the Environment and Stats NZ.