The last couple of years have brought a leap forward in the quality of true wireless earbuds, small in-ear headphones that connect to your phone via Bluetooth.

I’ve been testing the cream of the crop from the likes of Apple and Samsung, as well as from audio heavyweights Bose, Sony, and Beats.

If you’ve got money to drop to hear more detail in your rock and pop, then these are several great true wireless earbud options if you want subtle and compact headphones, as opposed to an over-ear traditional design. All the buds here also have microphones for easy handsfree audio and video calling.

Apple, as it often does with technology trends, popularised the wireless earbud thanks to its original AirPods. They are a good option, but you should consider spending more to invest in the AirPods Pro, a superior product in every way.

The Apple AirPods Pro ($449) are the best option if you use exclusively Apple gear like the iPhone, iPad, and Mac, because they seamlessly connect, even if you switch between devices. Pause the song on your iPhone to start a Zoom call on your Mac and the buds simply follow the audio source.

Other buds claim to be able to do the same, but it’s never as seamless as Apple does it, even nearly two years after the AirPods Pro’s release.

The Pros do not have the best sound quality of the buds featured in this article, but they do have great active noise cancellation (ANC) to block out the sounds of the world around you, and the squeeze controls on the little stems make the odd design functional.

Squeeze the left bud and you can toggle between ANC and ‘transparency’ mode, the latter letting the ambient sound around you in so you can talk to others or avoid being hit by a car.

If you’re an active type, I recommend the Powerbeats Pro ($379). They’re made by the Apple-owned Beats by Dre brand but have the same easy-to-pair Apple magic as the AirPods (all the buds I reviewed work with Apple, Android, and any Bluetooth audio device).

They too have been out for a couple of years, and lack ANC, but have secure hooks for exercise and are subtle enough to wear at any time, even if the charging case is comically huge. Someone much cooler than me making AirPods Pro look cool (Image: Apple)

If you’re an Android person or simply don’t like the AirPods’ white hue, the Oppo Enco X ($349) is a superb (if shamelessly copycat in design) alternative. The noise cancellation is top notch and the audio comparable for $100 less than Apple charges.

Swiping up and down on the buds’ stems changes volume up and down in a superb design choice.

Bose’s QuietComfort Earbuds ($439) have better ANC and better audio chops than the AirPods Pro, but their wing-tip design to wedge into the ear makes them larger. Like the AirPods, the silicone tips are not round, and fit into my ears more comfortably than many round tips (ears canals are not perfect circles).

Even though the charging case is bulky, and the buds stick out quite a lot when worn, the Bose are a fine pick. The touch controls let you easily play, pause, and adjust volume without shoving the buds painfully into your ears.

Sound quality is superb, and the noise cancellation is as good as Apple and Sony’s. Even though I don’t love the design, they are my favourite pair I tested.

Sony has one of the better apps, so it’s a shame the company is so bad at naming its audio products.

The former, released in 2019, already have a great reputation and rightly so, even if they look as goofy as the Bose do when poking quite far out your lugholes.

But they sound better than the AirPods Pro. Sony’s Headphones app lets you fine tune EQ and play with the noise cancelling or ambient sound settings. It also has support for 360 reality audio, an immersive audio feature supported by music services like Deezer and Tidal. Sony WF-1000MX4 will hopefully fit you better than they did me (Image: Sony)

The downside is the case is enormous and the buds are not the most subtle, but the touch controls work well, and battery life is solid.

It’s the excellence of the XM3 that made my personal experience with the brand new XM4 all the more disappointing.

Reviewers around the world have lauded the improvements in design (smaller) and noise cancellation (superior), but I simply could not achieve a good fit.

Sony has opted to supply only memory foam-style tips in the box rather than the classic silicone ones that every other pair I tested has. Even with the smallest foam tips, I simply could not get a fit on my left ear (I have quite narrow ear canals) making fairly reviewing them nigh on impossible – I couldn’t get a tight seal, so the noise cancelling didn’t work properly, and the left bud continuously came loose and fell out.

This even happened when I tried various tips from other buds. Given other positive reviews my criticism isn’t a knock on Sony, and instead highlights the perils of shopping for true wireless earbuds when ears come in all manner of shapes and sizes.

It’s a personal shame as the case is far smaller than the XM3’s, and I much prefer the design.

Even with tons of different tips in the box, some buds simply won’t agree with some ears, and there’s no true way to tell before buying. Most retailers will not allow you to return an ill-fitting pair for hygiene reasons, and the used in-ear headphone market isn’t exactly booming for the same reason.

Another solid option is Samsung’s Galaxy Buds Pro ($389). I easily achieved a secure fit, and the noise cancellation was solid. The shiny design might not be to your taste, but the bean shape fits snugger in the ear than you might assume, and the charging case is small and convenient. But I found the Buds Pro tips had to sit very deep in my ear, and they were uncomfortable after a couple of hours of continuous use. They have an IPX7 rating which makes them waterproof unlike any of the other sets I tested, but all of them are fine to withstand exercise sweat and, so far, light rain.

The Buds Pro’s audio quality isn’t as pleasing as the fullness of the Bose, both pairs of Sony, and the Jabra Elite 75t ($199).

Jabra is not as well-known a brand but the noise cancellation and rich bass of the tiny 75t buds are very impressive, and the app gives you granular control over the sound and ANC. A downside is the physical buttons mean you push the bud painfully into your ear at times but at the now-reduced price of $199 they are a bit of a steal (I’ve not tested the newer 85t model).

As with AirPods and Apple, the Samsung buds are most recommendable to Samsung phone owners as they integrate better. You have to install two apps on other Android phones to unlock all the software features, which is not exactly user-friendly.

I also got a sneak peek of the unreleased Huawei FreeBuds 4 ($TBC, £130) which will be released in August in NZ. The distinctive silver pair I tested take their design cues from the original AirPods and sit in the ear rather than forming a tight seal with a silicon tip like every other bud in this article.

The FreeBuds are one of the few ‘open’ style buds to attempt ANC. Here, it doesn’t block out all sound, but I found it did take the edge off outside noise and make them great buds for phone calls. Audio quality for music is decent, but not as good or as immersive as most of the other buds. 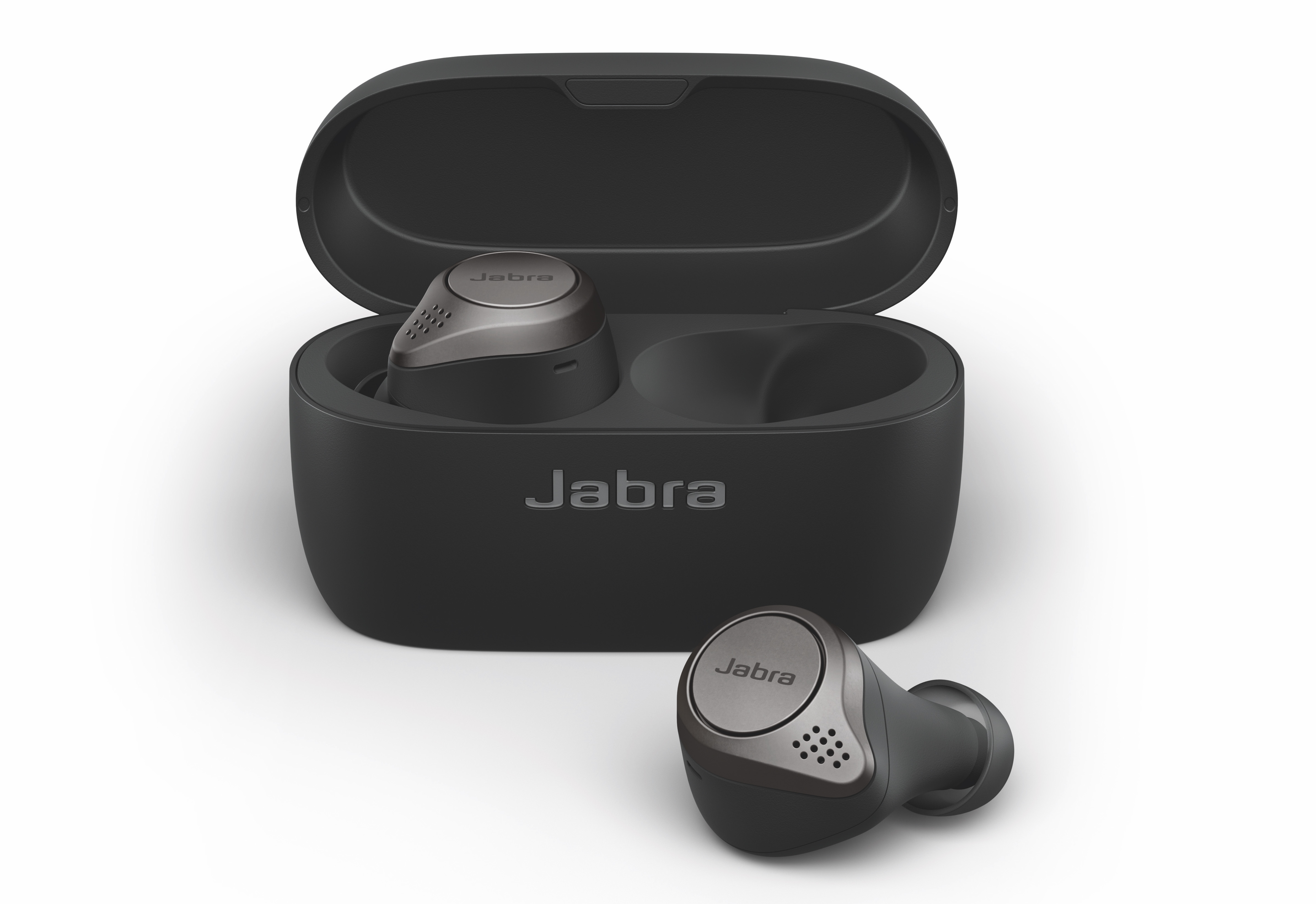 The Jabra Elite 75t are a lot of earbud for the money (Image: Jabra)

Each pair of buds has a manufacturer-estimated battery life, with additional full charges from the carrying case in each instance. It’s not worth me listing all the individual claims because I found I never ran out of juice when testing any of them, though I don’t tend to sit with headphones in and playing for more than an hour or so at a time.

If you plug in any of these buds in their case to charge once a week, you’ll last several days between charges in my experience.

Overall, I gravitate to the AirPods Pro because of the ease of use with Apple gadgets and the fact that of all the buds I tested, they are the most comfortable. They also work perfectly well with an Android phone or a Windows PC, like all the products here.

But the best all-rounder is the Bose QuietComfort Earbuds with superb sound, fit, and the best ANC. I also recommend the older, cheaper Sony buds given my personal fit issues with the newer headset.

The Bose or the Powerbeats Pro are best if you have trouble with in-ear fit, as they are the only two pairs that have wing tips or hooks to better find a secure fit.

If you’ve read this far and you’re still not sure, I’d suggest you’re better off with over-ear headphones.