Author Rick Gekoski on the business of rare book dealing 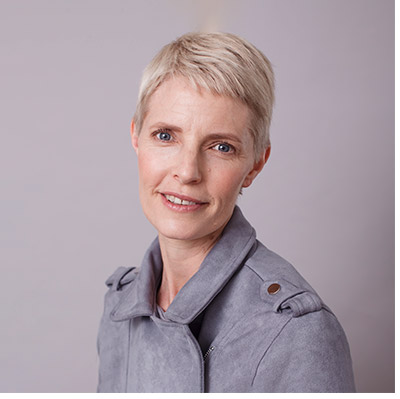 Listen to Rick Gekoski holding court about life as a rare-book dealer and you’d be forgiven for thinking it’s all long lunches, digestifs, and civilised negotiations over literary treasures.

“He looked at me very sadly and said, ‘You know, Daddy, I’m never going to be able to do your business,’” recalls Gekoski. “I said, ‘Why not?’ And he said, ‘Because I only like McDonald’s.’”

In some respects, young Bertie wasn’t far wrong. American-born Gekoski – author, dealer in rare books and literary archives, and appearing at two sessions and two long lunches in the Auckland Writers Festival (May 11–16) – is quite partial to the social side of the business.

The former Man Booker Prize judge is currently holed up in the Hawke’s Bay home he shares with Kiwi-born wife Belinda. They divide their time between there and England. He’s an entertaining conversationalist, full of stories about big money and big names: the manuscript of Jack Kerouac’s On the Road selling for US$2.43 million in 2001; Bob Woodward and Carl Bernstein’s Watergate papers fetching a cool US$5 million in 2003.

Dealers often value a book differently depending on who their customers are. At the New York International Antiquarian Book Fair in the late 1980s, a copy of TS Eliot’s The Waste Land surfaced. The 1923 edition, set and printed by Virginia Woolf at Hogarth Press, was one of only 460 copies. Plus, it had an inscription from Eliot to celebrated French poet Paul Valéry.

Within a day, it sold four times between various dealers, rising from US$10,000 to US$24,000 before Gekoski got in on the action.

“I sold it that evening on the telephone for US$30,000,” he says. “The next morning, the person I’d bought it from at the book fair came up to me and said, ‘I think I undervalued that book. Will you sell it back to me?’”

To Gekoski, personal inscriptions or notes in the margins make an item more interesting, and the people drawn to those details are more fun to deal with. When he started out, most collectors interested in a writer would get just as excited by a small letter or a contribution to a little-known periodical as by a copy of the most famous book.

“Nowadays, the vast percentage of collectors just want every book by the writer in a first edition in perfect condition, preferably signed, but not signed or inscribed to someone – which is called flat signed, a term I absolutely abhor. I think it’s so boring.”

Gekoski professes to not be very good at negotiating. “I’m too inclined to want to be liked and get a deal done, and I sometimes give way too easily. I don’t want to win on any given transaction, I want to win over a long period of years dealing with a customer.”

But his knowledge and experience mean he’s well armed when a deal heats up. “The higher the stakes, in general, the cooler I am. I love that. I’m inalienably a top-end dealer.”

Gekoski followed in his father Bernard’s footsteps by majoring in English at the University of Pennsylvania, then moved to England and earned a doctor of philosophy degree in English at Oxford University.

When he began dealing in rare books in the early 1980s, while finishing his academic career at the University of Warwick, it was a treasure hunt. He rummaged through bookshops, cultivated personal contacts, went to auctions and leafed through catalogues.

Today, the Amazon-owned website AbeBooks is the biggest marketplace for rare books, and it gets on Gekoski’s nerves. According to him, it’s rife with vague or inaccurate listings that can lead inexperienced buyers to pay far more than a book is worth.

“The standards of description range from exacting to utterly appalling,” he says. “And sometimes you’ll see a book on AbeBooks that the owner doesn’t understand is as good as it is. But it isn’t a treasure hunt to find a first edition of The Great Gatsby – there’s 20 of ’em.”

Gekoski rarely keeps any of that treasure; his personal collection numbered just five rare books before he sold it. Eventually, the thrill of catching what you’re chasing wanes.

“Take the two great books of the 20th century: Ulysses and The Waste Land. I’ve probably had 30 copies of each of them through my hands, many of them signed, many inscribed to important people. And at some point, you think, ‘I’m jaded, I’m sort of decadent, I need more and more excitement to get me going.’”

Demand for rare books is still strong, but now he deals almost entirely in literary archives: letters, drafts, notebooks, reviews and other papers. He’s placed the full or partial archives of writers such as Kazuo Ishiguro, Penelope Lively and Peter O’Toole with institutions such as the British Library and Harvard University.

An archive’s worth doesn’t just rest on the writer’s literary importance. English novelist Ian McEwan’s literary archive fetched $2 million in 2014. But the archive of English poet Al Alvarez, a former Observer poetry editor, was also quite valuable “because he had correspondence with Robert Lowell and Sylvia Plath, and their letters were in it”.

The advent of email has complicated matters. Some archivists at major collecting universities tell Gekoski electronic material has no financial value, because it’s infinitely duplicable – yet they still want it.

“And I say, ‘You can’t value it without valuing it. If you want it very much, it’s worth something.’”

He continues to work from Hawke’s Bay, and employs a dealer in England to initially assess and then catalogue the archives he buys. “You need a kind of assiduous studiousness, where you can sit and go page by page by page, making notes about what’s there. I’d rather eat glass.”

He’s penned a number of well-received books, too, on topics ranging from English football team Coventry City to his Long Island upbringing. Lost, Stolen or Shredded, essays about missing works of art and literature, includes a well-considered chapter on the 1997 theft of Colin McCahon’s Urewera mural from the Lake Waikaremoana visitor centre.

Gekoski’s manner on the page is just as it is during conversation: confidently cultured, witty, approachable. “Maybe a bit testy and irritable at times, but basically good humoured and enjoying life.”

At age 72, he published his first novel, Darke, which made the Times best fiction books list of 2017. The sequel, Darke Matter, was released in 2020, and he’s currently writing a third.

His bibliomemoir, Outside of a Dog, takes its title from a Groucho Marx quote: “Outside of a dog, a book is man’s best friend. Inside of a dog, it’s too dark to read.” Gekoski frequently quotes the moustachioed wise guy, as a reminder to not take life too seriously.

Life is certainly fun when it includes having lunch in Antibes with Graham Greene, or acquiring Sylvia Plath’s copy of The Great Gatsby. Or discussing James Joyce over dinner with a customer who was the head of a (Mafia-influenced) New York branch of the Teamsters Union pension fund – a person Gekoski describes as enormous, crude and “riveting”. Quite a change from academia.

“I found it a bit stodgy and defensive, and too full of people who were too anxious about whether they were clever enough. I’ve always been clear that I was reasonably clever but not clever enough, and that’s good enough for me. I don’t need to join the race.”