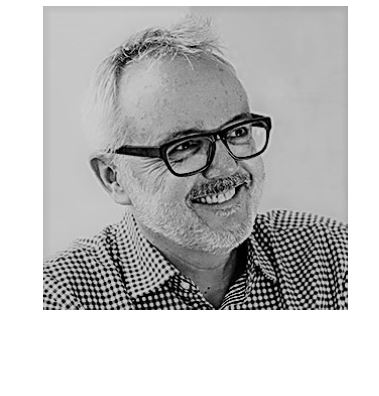 Media magnate Rupert Murdoch is a keen sailor and has owned sailing superyachts, as has Oracle founder Larry Ellison. The world’s richest person, Amazon founder Jeff Bezos, is building a giant yacht; its details are being kept under wraps but it’s known the masts are under construction in Avondale, Auckland.

Those who build yachts that stretch the limits of physics, not to mention budgets and taste, say it takes a particular kind of person to commission one.

“People who go for big sailing boats are usually successful business guys… people who have been running highly technical companies or set them up. They appreciate engineering development and beauty and are unafraid to innovate,” says Damon Roberts, who has rigged three of the world’s largest sailing superyachts, including the 88-metre-long Maltese Falcon.

Owners can choose super-sophisticated yachts with carbon-fibre masts, vast furling sails, and in the era of the America’s Cup AC75, foils to reduce drag.

Others prefer something traditional – perhaps a restored 1930s J-Class from the time the America’s Cup was contested between the likes of tea baron Sir Thomas Lipton and US railways multimillionaire Harold Vanderbilt.

“To do these sorts of boats we need owners with passion and vision who want to do things differently,” says Gordon Kay, whose Infiniti Yachts company makes a foiling system.

New Zealand has a big role in sailing superyachts, whether through designers such as Ron Holland, builders such as Alloy Yachts or mast-builder and rigger Southern Spars.

In the foreword to a book about Ron Holland, Rupert Murdoch explains that it’s a particular sort who wants a yacht: “Many people think of sailing as a leisurely activity with endless sunbathing and cocktails on deck, but big yachts are extremely powerful, and you’ve got to know what you’re doing. Even experienced yachtsmen can run into trouble.”

A motor yacht doesn’t heel over 30 degrees in strong winds, and you seldom get wet.

“We find that people who buy yachts are passionate about being in the environment,” says Paul MacDonald, head of superyacht sales for Southern Spars. “Typically, in a yacht you are a lot closer to the water. These people have an interest in being more connected to the water and the environment. In a motor yacht you are three storeys up and you could be in a hotel foyer.”

As with all superyachts, it’s hard to find out who owns what. Everyone is discreet. Southern Spars declined to confirm or deny anything about the Bezos project.

Foils as a secret weapon

Foils are emerging in superyachts. Infiniti Yachts offers DSS (dynamic stability system) – a horizontal wing. At the press of a button it slides from the hull to leeward (away from the wind), giving lift and dramatically reducing heeling (leaning) and pitching (forward and back motion). It gives stability that would otherwise require a much heavier keel.

“It’s also almost invisible to others until it’s deployed. It’s all below the water — it’s hidden away like a secret weapon,” says Kay. DSS is on a 43-metre yacht, Canova, built by Baltic Yachts in Finland for Italian businessman Dario Segre. (Kay declined to confirm the owner but it is reported elsewhere.) Canova was designed by Farr Yacht Design – founded by New Zealander Bruce Farr – and was named Superyacht of the Year in 2020.

Swedish businessman Jan-Eric Österlund, former owner of the 54-metre sailing superyacht Adèle, was invited by Segre to go sailing on the Canova and later wrote about how its DSS worked: “This is a stabiliser fin that can extend nine metres out on the leeward side of the yacht and increase her righting moment, thereby either making it possible to carry more sail or raising her up in a more horizontal position.”

He described why an owner might want DSS: “Dario explained that he designed it to help his wife, Chiara, feel comfortable… We were having a lunch while sailing from Corsica to Italy and struggled with holding our plates, and when the captain deployed the DSS fin, Canova suddenly raised up and we could move around the deck as if it was a dance floor… The lunch became a real pleasure instead of a struggle.”

Kay says nautical architects can be conservative so it’s vital to have owners who want to innovate: “In the world of superyachts, it’s a work of supreme unintelligence not to put this [DSS] in your boat. It’s like saying I don’t want ABS, turbo and active comfort in a car.”

Setting sails on a grand scale

For Damon Roberts, a veteran sailor and superyacht rig designer, the late Silicon Valley venture capitalist Tom Perkins was the ideal customer. The three-masted Maltese Falcon that Perkins commissioned has Roberts’ “Dynarig” and looks like a modern tea clipper.

“Tom was always in love with sailing, and being a scientist and an engineer – and he would call himself a physicist – he understood the technology,” Roberts says. “Tom also got that the way a yacht matches to the natural environment is a really nice place to be. You think about how a bird flies, how a fish swims – you try to learn that and apply that to sailing.”

Roberts says Maltese Falcon is a source of joy: “It’s like sailing a Laser. I can jump on there with myself or one or two other people. You can set all the sails in six minutes.” The Dynarig system, now marketed by Southern Spars, comes from a 1970s idea. Its free-standing carbon masts have none of the wire stays needed to keep a traditional mast erect and stressed. Its sails are actually small sections in an almost venetian-blind arrangement, allowing each section of sail to be furled or unfurled.

“What really made it work is modern materials,” Roberts says – “carbon-fibre masts with very high strength and resistance to fatigue, high-strength modern composite materials that allow the building of highly loaded freestanding structures and are not heavy.”

Roberts also built the rigging on the largest sailing superyacht, Sailing Yacht A, for another Russian oligarch, Andrey Melnichenko. Its 100-metre-high masts are curved, free-standing carbon fibre. Sailing Yacht A is 146 metres long – the largest privately owned yacht – and described as a sail-assisted superyacht rather than a sailing yacht.

In a nod to the past and the J-Class of the golden age, Roberts also set up a modern carbon-fibre mast and rigging on Velsheda, an original J-Class from 1933. Velsheda is owned by Dutch retail magnate Ronald de Waal and has its own superyacht tender, Bystander. Where to from here? There may be limits

Kay says another development from the AC75s may emerge on sailing superyachts: the double-skinned “soft wing sails” with hidden hydraulics to maximise the shape of the sail – capturing even the smallest puff of wind and helping to drive the yachts faster than the wind.

He says an interesting trickle-down from the latest America’s Cup series in Auckland is the twin-skin-mainsails concept. “It’s a good thing. I’m not sure how practical it is for most people in terms of maintenance, but people are looking at it.”

Superyachts are unlikely to use the foiling arms that were so radical on the AC75s, allowing them to climb out of the water and foil at speeds of up to 50 knots. As American Magic’s Patriot showed when it capsized mid-race, the AC75 yachts are sailed on a knife edge.

“Safety, at the end of the day, is everything,” Kay says. “The yacht needs to be able to cross an ocean and go to Antarctica.”

The mechanism of the foils would also take up the most coveted section of the hull, Kay says: “The reality is no one is going to compromise living space. The owner will say, ‘I am not going to have a foil in the middle of the living room.’”

Canova’s owner had wanted to know if the DSS foil was noisy, because it sits under his bed. It wasn’t, Kay says.

There are a few super-sized catamarans, but they tend to be at the smaller end of the superyacht spectrum, partly because greater beam (width) can make them more difficult to berth.

There is no agreed definition of what constitutes a superyacht. Southern Spars’ MacDonald reckons 30 metres and above is a good start. Industry body NZ Marine says 24 metres. SuperYachtTimes.com just ran a list of what it says are the top-10 largest sailing yachts. Yachts will get bigger but there may be limits. Many of the sailing superyachts in Auckland for the Cup were big sloops and most of them were Southern Spars clients, including Janice of Wyoming (40 metres), built by Alloy Yachts, and Team New Zealand backer Matteo de Nora’s Imagine (33 metres), also built by Alloy. Nearby was Silvertip (34 metres), also a New Zealand-built sloop.

Southern Spars’ biggest project has been Aquijo, which has twin 90-metre-tall masts. Eighty-six metres long, it was built in the Netherlands. Wikipedia says the owner is Norwegian billionaire Kjell Inge Røkke (who does own an extraordinary "expedition" motor yacht REV Ocean), however BusinessDesk understands he does not in fact own Aquijo. 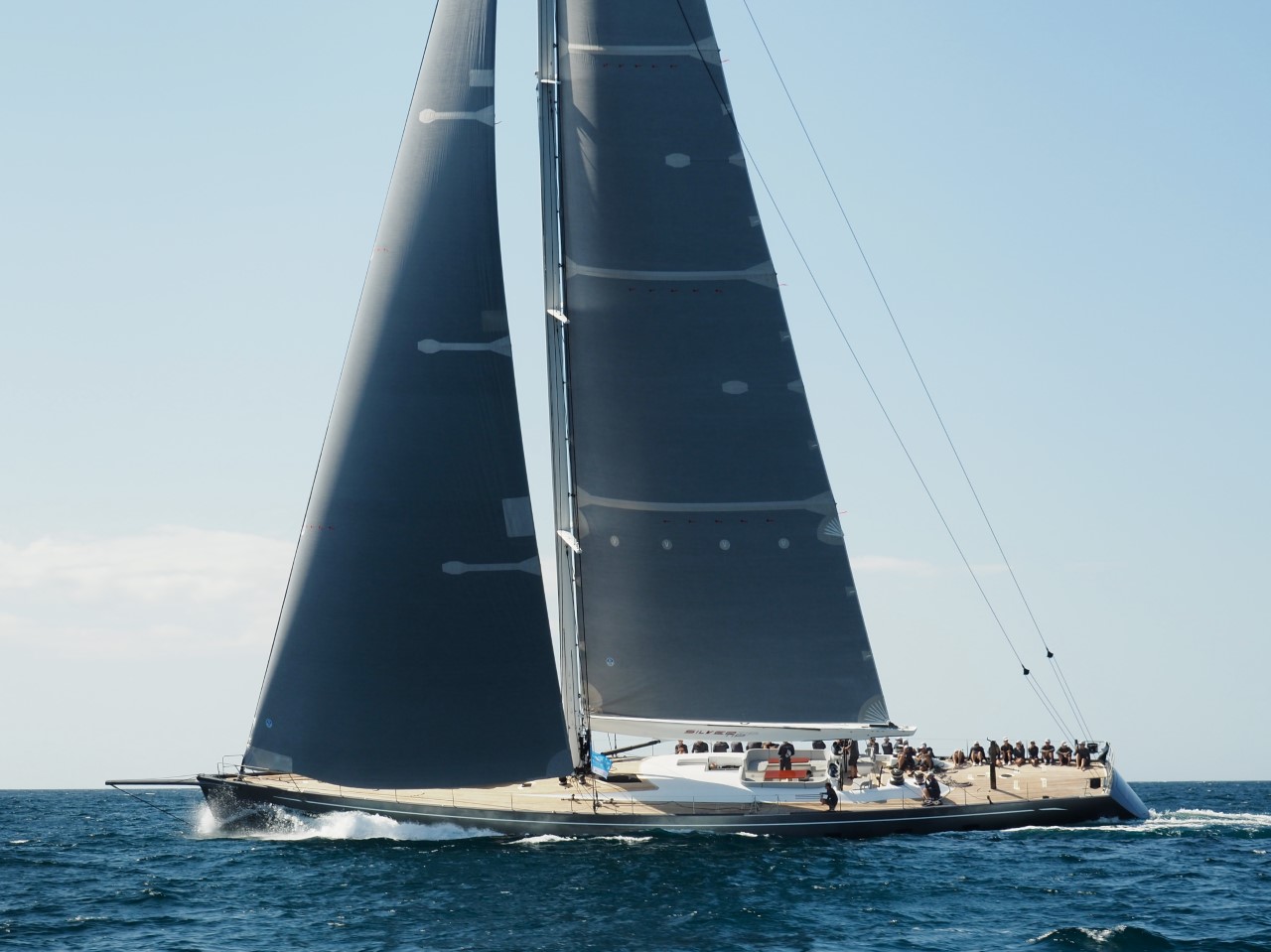 Going bigger becomes a challenge between physics and cost, especially if you want a sloop (single-masted huge yacht). The biggest is the Mirabella, now M5, at 77.6 metres. Dutch builder Royal Huisman has proposed an 85-metre sloop it says would be the biggest.