We're not good at productivity. So now what? 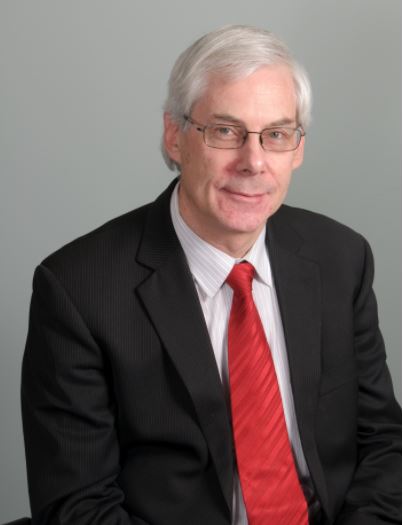 Rising productivity underpins a growing material standard of living. It is necessary for sustained increases in real wages, salaries and company rates of profit. New Zealand doesn’t do productivity well, so what can we do about it?

By law the purpose of the Productivity Commission (where I recently became a commissioner) goes even further, linking it to wellbeing: “to provide advice to the government on improving productivity in a way that is directed to supporting the overall well-being of New Zealanders, having regard to a wide range of communities of interest and population groups in New Zealand society.”

The commission estimates that our labour productivity is 40 percent below the average of the top half of the OECD, with no sign of catching up. Since the global financial crisis (and before covid-19), New Zealand’s labour productivity growth has continued to slow.

How can we catch up? I’ll come to that, but first I want to explore that connection between productivity and wellbeing a bit further.

At an economy level labour productivity is calculated as GDP (the output of the measured economy) per hour worked. In simple terms it measures how many gizmos or services are produced for each hour we work.

But it is now well accepted that despite its importance as a measure of the material resources available to us, GDP is not a great measure of wellbeing. The huge human pain and destruction of the Canterbury earthquakes caused barely a blip in GDP, and indeed repairing the damage increased GDP despite the blow to our wellbeing. So we would expect that the relationship between productivity and wellbeing is not automatic.

So if we are interested in wellbeing – including rising real wages – we have to take an interest not only in productivity but in how it is transmitted into wellbeing.

Indeed we could ask: are we measuring the right things? Just as Treasury is now measuring much more than GDP to monitor our wellbeing, arguably we need to design new measures of productivity. In the standard economic model of productivity, production uses physical capital (such as machines, computers and buildings) and labour.

Shouldn’t we also be thinking about production’s use of natural capital (including the depleting stock of raw materials and the quality of our environment), human capital (like our health and educational attainment), and social capital? (The importance of trust and social cohesion has been on display with flashing lights in international responses to the covid-19 pandemic.)

And shouldn’t we also remember production creates not only material goods and services, but emissions or a cleaner environment; healthy people or unsafe workplaces; cooperative or divided and dysfunctional societies. Wellbeing is also about how fairly all the forms of income and wealth produced are spread around our population.

So to improve New Zealand’s poor productivity performance we need to think more broadly. But even focusing on the conventional measure of productivity, there is a lot we can work on.

What happens within firms matters. Management and leadership, which international surveys show aren’t great in New Zealand, impact on both innovation and the culture of the workplace.

Perhaps that is a reason why what firms identify as innovation often leads not to increased productivity but doing more of the same. Engaged workers, participating in decisions and making full use of their skills and knowledge of their work, are as important to productivity as to health and safety.

Our poor workplace health and safety record and our poor productivity record may well be driven by common factors. Improved education and training throughout people’s working lives is good for productivity, their wellbeing and to cope with global trends such as climate, technology and demographic change and globalisation.

Looking at firms from the outside we see low use of capital relative to the use of labour (low capital intensity). Research and development is in a relatively small number of firms, and weak overall among businesses – and the government, while it is upping its game, could do better too.

A key question is how we help firms and researchers in our universities and Crown Research Institutes get together more readily and to greater effect.

Often this will be done more effectively at an industry level. Internationally, high income countries are rediscovering active government involvement in industry development is vital to raising productivity and for other societal aims such as a greener economy and good jobs.

The government has begun this with its industry strategy and ‘industry transformation plans’ where representatives of business, workers and Māori involved in an industry get together with government to set long term goals and act to achieve them. Industries often have common needs such as skills, research and technology, and coordination problems which concerted action, including government investment, can overcome. We need to find the best way of doing this.

At the whole-of-economy (macro) level, are our competition settings right? Have fiscal and monetary settings over recent decades been stimulatory enough, maintaining and building needed social and physical infrastructure, and giving firms confidence to invest (in anything but housing)? Is our financial system providing the finance needed for business investment?

Finally an intriguing question that knits wellbeing and productivity together: do low wages incentivise low productivity? If wages are low, firms have little incentive to invest in capital that would make workers more productive. We know capital intensity is indeed a problem in our firms. It is being exposed right now because a ready supply of low wage, low skill, temporary (and too often exploited) migrant labour has been cut off by covid-19.

Firms are being forced to think about new ways of working, by making jobs more attractive, skilled and productive. Immigration policies, better wage setting mechanisms and better support for workers and firms when change occurs are further important ingredients in raising the productivity of our economy, and improving our wellbeing.

There are many strategies we can use to address our poor productivity record, and of course much more could be said about each of them.

Often, they require new ways of thinking and doing. But we also need to remember that the connection to wellbeing in all its aspects is not automatic and needs to be integrated into the approaches we take.

Dr Bill Rosenberg is a Commissioner at the New Zealand Productivity Commission and Future of Work Director at the Council of Trade Unions. The views expressed are his own.

Opinion
Where can you put your money at present?
Brian Gaynor | Sat, 28 Nov 2020

In a low interest rate environment and with residential property running hot, where does today's investor look for other sources of blue sky?

Rampant consumerism is a think of the past right?

The national carrier secured government subsidies for at least 55 weekly international cargo flights between December and the end of March in an extension of the lifeline for NZ fresh produce exporters.