Subscribe today: Support trusted, balanced journalism and analysis for less than the price of a coffee a week. See details.
Opinion FREE

UPDATED: MAI CHEN: Legal advice to the PM on moving the election 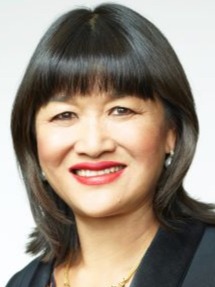 If I had to advise the Prime Minister in the next 48 hours about whether to move the current proposed election date of Sept 19, then I would tell her the options are limited by the Constitution Act and the Electoral Act.

These limits are constitutional safeguards New Zealand has in place to protect our system of participatory democracy.

If the new confirmed cases of covid-19 are contained and from just one cluster, she could delay her original preferred date of Sept 19 by the two weeks that Aucklanders are likely to be locked down in alert level 3, and the rest of the country in alert level 2

The Electoral Commission is currently prepared to run an election on Sept 19 under alert level 2 and can even cater for up to 5000 people nationwide under alert levels 3 or 4 but we are in uncharted waters.

Candidate nominations must be received by at least 20 days before the election day, so it would be tight if the general Election is to be held on Sept 19.

Concerns about the ability to conduct a full and free election and compromising voter turnout may be better met by a delay to the election date consistent with the time lost due to the current lockdown period.

The Electoral Act allows about six weeks from the dissolution of Parliament to the election date. So if Parliament is dissolved on Aug 24, then the general election could be held on Oct 3.

If later events, including further lockdowns, create an “unforeseen or unavoidable disruption,” then the Chief Electoral Officer is empowered under the recently amended Electoral Act (11 March 2020) to adjourn the date of polling day. This includes concerns about public health or safety.

Any delayed election date would then be an independent decision of the Chief Electoral Officer guided by the legal process set out by Parliament. It avoids the constitutionally fraught situation of the PM moving the date which would inevitably lead to accusations of a partisan decision for political advantage.

The Chief Electoral Officer has no power to unilaterally change the date of polling day, but can adjourn elections for an initial period of up to three days and, after consulting the PM and the Leader of the Opposition, one or more subsequent periods of no more than seven days each.

If the PM wants to choose a later election date than Oct 3, she can, but an election date beyond Dec 5 would require agreement by 75 percent of all MPs in Parliament.

That is because beyond Dec 5, Parliament will need to extend the term of Parliament beyond its expiration date.

That is because Oct 12, which is precisely three years from the last day of the return of the writs from the 2017 election. Together with the method of voting and who is eligible to vote, the term of Parliament is considered to be constitutionally sacrosanct (Constitution Act, s17 and the Electoral Act, s268).

These safeguards protect our system of participatory democracy, and prevents PMs and governments keeping themselves in office indefinitely.

Extending the term of Parliament also has other implications. For example, MPs who are retiring or whose bad behaviour have resulted in them not standing again continue to receive their taxpayer-funded salaries for longer.

Note that as of June 2020, 57 countries and five territories have responded to the pandemic by suspending elections – some indefinitely. (International Foundation for Electoral Systems, Legal Considerations when delaying or adapting elections: https://www.ifes.org/sites/default/files/ifes_covid-19_briefing_series_legal_considerations_when_delaying_or_adapting_elections_june_2020.pdf).

Indefinite deferral is highly unlikely to happen in NZ, as Labour and National MPs would have to agree to comprise a 75 percent majority. If they did, they would simply not be re-elected, if New Zealanders' emphatic rejection of the 1990 referendum to extend the parliamentary term from three years to four is a guide.

The First and Second World Wars were the only times when elections were delayed in New Zealand.

The 19th Parliament, elected in 1914, lasted almost five years, after Parliament passed the Parliamentary Elections Postponement Act 1916 because of the First World War.

Parliament passed a law extending its term to four years in 1934, extending the term of the then current Parliament as well, in response to the Depression.

This was later reversed, but the election was also delayed twice during the Second World War, with a Prolongation of Parliament Act passed in each of 1941 and 1942.

The IFES report says that any measures that derogate political and electoral rights in emergency situations must be necessary, proportional, non-discriminatory, temporary, limited in scope and clearly communicated.

Any postponement to periodic elections should be limited in duration and focus on the minimum time needed to prepare for and ensure safe elections with broad-based political agreement if possible, to ensure the restoration of rights.

Thus the advice to the PM is that she can delay the election, but not beyond Dec 5. Otherwise, she needs to Parliament to agree by an extraordinary or 'super' majority to extend the term of Parliament.

If the PM decides to delay the elections until November or up to Dec 5, then Parliament should not be dissolved until it expires on Oct 12 so it can continue to hold the government to account.

Regardless of pandemics, this should be the case as periodic general elections underpin the legitimacy of governments and ensure that the power to govern is mandated by the will of the governed as evidenced by their votes on polling day.

Mai Chen is managing partner of Chen Palmer, Adjunct Professor at The University of Auckland Law School and a BNZ board director. This article was updated on Aug 16 to clarify references to dates for decision-making and to take account of events since original publication.

The kiwi dollar sank to its lowest level since late August as the safe-haven US currency continued to attract buying amid a sustained equity sell-off due to fears of recession.

Finance professionals have grown comfortable with Grant Robertson over the past three years. Will a new governing arrangement change that?

Law & Regulation
The FMA is running out of patience
Dan Brunskill | Thu, 24 Sep 2020