Subscribe today: Support trusted, balanced journalism and analysis for less than the price of a coffee a week. See details.
Bob Campbell MW 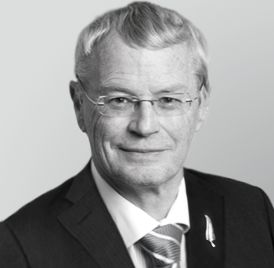 We are yet to see the full force of the economic impacts covid and the Tiwai closure will have on employment, especially in the lower South Island.

However, these twin crises offer a real catalyst for ‘nation-building’.

If we are going to spend tax-funded billions to maintain employment, it is important we should do so on assets that will benefit the future generations from whom we are borrowing.

And such assets should make our economy more competitive, improve living standards and facilitate our transition to low carbon.

Much has been made of the increased electricity supply to the rest of New Zealand that will result from the Tiwai closure. Among other things, this will lead to falling wholesale electricity prices. This will be good for consumers.

But it’s not quite that straightforward. For a start the 5,500 Gigawatt hours of renewable Sout Island hydro-electricity – 13 percent of national demand - that will be released will need $650 million and seven years of transmission upgrades to get it to market.

One of the great advantages NZ has is its 65 percent low cost hydro-electricity, which comes with zero carbon and low operating cost.

But it has a downside. We need to have standby generation to cover the risk that we don’t get rain.

A dry year with 15 per less inflow of water into hydro lakes translates into needing about 5,000 Gwh in six months.

That is about 1,000 Megawatts of generation.  And when it’s dry, it’s mainstay hydro facilities like Manapouri, Clyde, Roxburgh and the Waitaki that are forced to reduce output.

There is also an ‘elephant in the room’ with our power supply system.

Sometime in the next 10 years the ageing and costly Huntly power station coal units will close and falling wholesale prices, post-Tiwai, will cause the closure of other gas-fired power stations that fill in the gaps when there isn’t enough water in hydro storage lakes.

As a result, New Zealand will be perilously short of this essential ‘dry year reserve’. This will get worse as climate change drives greater variability in hydro inflows.

If we expand our system with other renewables like wind, geothermal and solar, as the Interim Climate Change Commission (ICCC) has suggested, they too have intermittent output. They are not always available to be turned on quickly and reliably like a gas-fired ‘peaker’ plant.

So they can’t solve our dry year problem.

New Zealand’s existing hydro is a perfect complement to wind and solar with readily variable power, but it can only provide so much intermittency support if we are to protect lake levels and minimum river flows for freshwater quality.

All of these look interesting but tend to be very expensive, have some big technical challenges, and may not be able to store energy for long. They need to be evaluated carefully.

One solution was recommended by the ICCC for further investigation – pumped hydro.

A possible project exists at Lake Onslow, an existing lake in Central Otago that was created by damming of the Teviot River in 1890. It offers multi-year storage that could provide 5,000 Gwh of dry-year energy as well as intermittency support for any amount of wind and solar expansion.

It would involve an enlarged dam, and a tunnel to a 1,000MW power station alongside the Clutha River 700 metres below.

Such a project has many merits:

This is indeed nation-building.

The Onslow project is big.

It would employ between 3,000 and 3,500 direct workers for four to five years, with possibly three times that many indirectly.

We need those jobs now.

It would cost between $3.5 billion and $4 billion.

But if this cost was spread across all electricity consumption, like an insurance premium, it would be only 0.5-to -0.75 cents per kilowatt hour - about $50 a year - for an average household.

Wholesale prices would likely drop by twice this much when it begins operating.

It might take two to three years to fill the lake. But once full, only the top few metres would be used for regulating intermittent wind and solar, and it might only be drawn down fully once every 10 years or so.

This is not a project that any one of the existing generator-retailer power companies is likely to undertake.

That’s partly because of the construction risk and scale, but also because they do not have any commercial incentive if it leads to falling wholesale prices.

It is a project that could invest in environmental offsets to protect our current natural environment.  And if we don’t do it, climate change will eventually put at risk the very environmental capital we would seek to offset.

Onslow is not dissimilar to the Snowy 2 project now being started in Australia by the federal government-owned utility Snowy Hydro.

Snowy 2 is specifically aimed at solving Australia’s intermittency challenge as they make the transition from coal-fired electricity generation to wind and solar - a transition that is well under way.

But Snowy 2 is different from Onslow in one critical aspect: it can only store seven days of full generation.

Onslow could store six months’ full generation: that is what would make it so valuable to New Zealand.

Dr Keith Turner was chief executive of Meridian Energy from 1999 to 2008. In the last 12 years he has been a director of four large Australian power utilities as well as chair of Fisher and Paykel Appliances, deputy chair of Auckland Airport, a member of the ICCC and a director of Chorus during the UFB rollout.

Infratil identifies 'highly cash generative', non-discretionary healthcare infrastructure as a new sector where it can build a profitable business at scale.

When a company is prepared to write off a US$21 million vessel and hand it to liquidators – rather than deal further with New Zealand regulators – we should be concerned.

Big director and CEO pay cuts were common among NZX-listed companies, although every firm's circumstances were different.

Sponsored
Spark: Why we need Internet of Things for the future

Why we need IoT for the future of stuff that ‘just works’.