Fly girls – why women's fishing is having a glamour moment 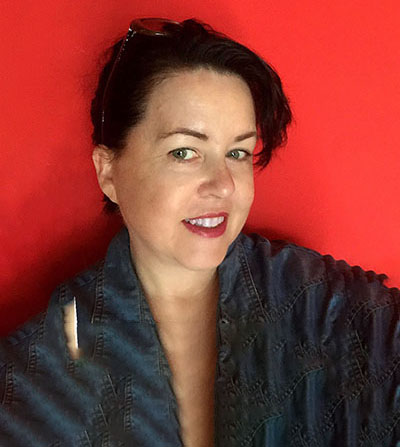 Fly fishing is booming as a sport for women. In the UK, the number of fishing licences issued to women is up 230 percent. In North America, 30 percent of all licences are now bought by women. In New Zealand, that figure is 24.1 percent – 25,981 women nationwide are now wading into rivers. The rise in fishing interest is being helped by young female fishing icons who are using social media to hook fans.

In Central Otago, professional fishing guide Kristina Placko charges $500 for a day of guided fishing with her company Stray South Fishing. Her social media accounts @kristinaplacko and @straysouthnz feature sun-dappled days on the river – and even paintings of fish. This is clearly a woman who lives and breathes fly fishing.

Over in the UK, Marina Gibson, 30, has 61,000 subscribers to her YouTube channel for Northern Fishing School, 48,200 followers on Instagram and thousands more fans for her Friday live chats on Facebook.

With her chestnut hair, April Vokey, 37, looks like the Canadian version of the Duchess of Cambridge, only in waders and a woolly hat. Vokey has a hit video series on fishing for steelhead trout and 125,000 fans on Instagram.

“Women have been fly fishing forever, but participation is growing now thanks to easier access to resources and community-building through women’s groups and social media,” says angler Christine Atkins, who works for America’s Orvis fishing and sporting goods company on its 50/50 On The Water global initiative to get more women into fishing.

She’s not kidding about the social media “community”. The first International Women’s Fly Fishing Day was held last September, but because of the covid pandemic, it was a virtual day of fishing on Facebook. First into the water was Julie Cook from the Southland Fly Fishing Club of Invercargill. sharing snapshots of fly fishing at the Mavora Lakes. Some 450 women around the world commented and shared their own videos and photos. It was like the world’s biggest fishing day out. All glory, no fish guts: the new appeal of fishing

In many ways fly fishing is the perfect sport for these stressful times. It gets you back to nature, which is a lifeline for mental health. Plus, safe social distancing is easy when you're standing in the middle of a river.

“Fly fishing is the most relaxing thing to do,” says Jo Wills, a director and business consultant who fishes around Taupo. “I love the river, the bush, the sound of the birds, the skill it takes to cast a fly – catching a fish is just an added bonus.”

Marina Gibson agrees. “It captures being outdoors – that’s what’s so appealing. You can fish solo or with people. Fly fishing is relaxing and good exercise, and a challenge. You set yourself goals, like making your casting better. When you reach them, it gives you confidence.”

She’s sure the grow-your-own boom triggered by the covid lockdown will boost fishing even more. “People are growing vegetables and baking bread. Fishing is part of that back-to-nature movement. It’s very eco-friendly. You get a real connection with nature when you catch your own fish. You know it’s wild-caught and healthy and hasn’t been processed in a factory.”

Gibson is filming a 12-part video series for YouTube. “The first episode is about fish welfare, conservation and sustainability. In other episodes we’ll cover how to catch and release fish properly, and how to fillet and smoke the fish you catch for the table.”

If killing fish sounds like way too much connection with nature, the sport of fly fishing is mostly “catch and release”, using hooks without barbs. Or there’s fly casting, which doesn’t use a hook at all. You just cast your line into targets floating in the water and get points for distance and accuracy. The world champion is female: 14-year-old Maxine McCormick of San Francisco.

To hook new anglers, professional guides are running female-friendly workshops. Some stress social benefits, including “Wine, Women and Waders", hosted by the Taupo Fishing Club, which currently has more women members than men.

Others aim to increase skills, like the workshops for beginners run by the 37-store Hunting & Fishing New Zealand retail chain. “The number of women getting into fly fishing is up a long way,” says Mike Davis, co-owner of the Rotorua outlet. “We’re also seeing more women enter fly-fishing competitions now. Women are very good at getting other women into the sport.”

Davis is especially proud of Waikato’s Rachel McNae who made the New Zealand fly-fishing team last year. “She’s been pushing really hard to get more women and children into fishing,” he says. “She’s personally encouraged a lot more women to compete in fly-fishing competitions.

“In fact, Sport Fly Fishing NZ wants to get enough women involved to send two teams to the Commonwealth competition in Canada in 2022 – a men’s team plus a full women’s team of 11 members.”

Having more women in the sport has encouraged manufacturers to make fishing gear especially for them. “Simms make an entire line of waders for women, designed with input from female fishing guides,” says Davis. “The inside seams, hip distance and openings are different, to suit a woman’s body.” Patagonia’s women’s line includes the Women’s Swiftcurrent Waders, which tackle how to go to the toilet without having to get undressed. Instead of a male fly front, a “rear buckle system provides drop-seat function for quick relief”, the company’s website explains.

Veteran guide Brent Pirie of FlyFishTaupo.com also pays attention to what women want on the rivers. His luxury fishing trips can cost more than $10,000 for three days, with clients flown by helicopter to remote backcountry fishing spots on the Whanganui, Mohaka, Rangitīkei and Ripia rivers.

“We take gourmet food, a private chef, silk sleeping-bag liners, and feather pillows scented with lavender,” says Pirie. “This is not camping where you stuff a t-shirt down a pillowcase.

“We also take a chemical toilet, like in a campervan. Women value hygiene. Guys can sit in the bush for three days and not wash. Stink like racoons. They’ll dig a hole for a toilet.

“Men tend to focus on the numbers and size of the fish they catch. But women don’t have to go hard all day. It’s about being among nature, seeing birds flying over your head, looking up at the Milky Way at night. The stars are so bright in the backcountry that you can read a book at night, without the campfire. Women don’t put so much pressure on themselves to get the biggest fish, they just enjoy the whole experience of being there.” A good catch on a FlyFishTaupo.com expedition

More room on the river to fish this year

Fishing tourists, luxury or otherwise, aren’t biting so much this season. But at least this means there’s more casting room on rivers for New Zealanders.

Fish & Game New Zealand is actively promoting fishing to Kiwis. “We’re promoting an approach called ‘Park and Cast’ that lets you know areas with good fish populations that are easy to drive to,” says a spokesperson. “The Fish & Game website is designed to help someone who’s new to fishing understand the basics quickly, and have a good chance of success.”

Mike Davis says now is an ideal time to try the sport. “Women are just as good as men at fly fishing. They pick up the fundamentals better, they become smoother. Men often think they need to out-muscle the rod, but you only need a certain amount of strength to cast a fly line. It’s more about technique and observation.”

And if you do catch a fish, Jo Wills has an excellent recipe she inherited from her mother. “Stuff your fish with herbs, butter and a bit of brown sugar. Take a whole newspaper and soak it in water. Wrap the fish in brown paper, then wet newspaper. Bake for half an hour in a moderate oven.”