Natural high - a walk on Waiheke Island's wild side 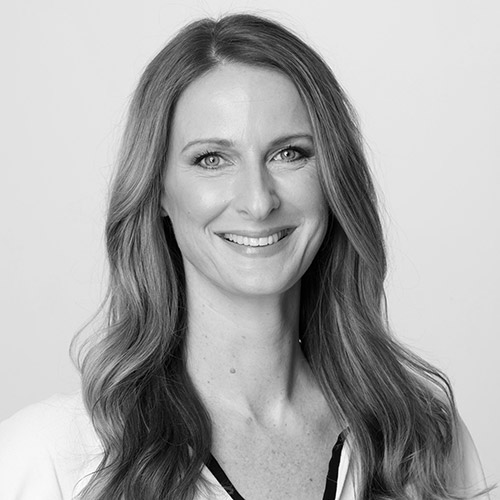 Waiheke Island has long been celebrated for its world-class restaurants and wineries, where countless visitors have spent long, happy summer days basking in the sunshine and the glow of sauvignon blanc. But if that’s all you’re going there for you’re missing a trick. Waiheke plays its best cards close to its chest, and for those willing to dig a little deeper, there is an embarrassment of riches to be found. This is a place that rewards the adventurous with some of New Zealand’s loveliest nature experiences, with abundant sea-life, birdlife and forest and bush walks.

From the Atawhai-Whenua Reserve, to the Whakanewha Regional Park, which has historic Māori pā and headland sites and a wetland, to the Te Whau Peninsula, the island is home to myriad bird species, including the endangered tūturiwhatu/New Zealand dotterel who have been found nesting on Waiheke’s shoreline.

Someone who knows the island like the back of her hand is Gabrielle Young, a corporate development and HR consultant, former chair of Waiheke Island Tourism and self-described “incurable traveller and conservationist”. She and husband Bruce McLelland own and run one of Waiheke’s nature-based adventure companies, Terra & Tide.

Young was inspired by the island’s flora and fauna and started the enterprise four years ago. “It was important to me to create a slow tourism business where I could share the benefits of connecting with nature, where people don’t rush and can be present in the environment, plus it gave me the chance to spend more time in the great outdoors,” she says.

“Waiheke is a beautiful island which offers the best of lifestyle experiences, but it is also a gorgeous natural place, in part because of people here caring for the island’s habitat.”

Young and her team host guided walking tours, which range from a few hours – along the art trail or double headland walk – to the more robust five-day, four-night Te Ara Hura trek, which takes you on a 100km journey around the island.

Young also runs wellness workshops and retreats, based on Shinrin-Yoku, the Japanese practice of forest bathing. She’s tapping into growing awareness around the benefits of ecotherapy, a science-based therapeutic treatment which uses nature to help switch on the parasympathetic nervous system, reducing stress, anxiety and a raft of other afflictions of modern life. As one of only two trained Association of Nature & Forest Therapy (ANFT) guides in New Zealand, Young says these workshops are increasingly popular for those seeking a genuine recharge of body and soul. For those new to the concept of forest bathing, there’s a lot to recommend it. Far from being the sole preserve of new-agers, the practice is based on scientific theory which looks at the physiological benefits of spending time in nature. According to the ANFT, a leisurely forest walk has been shown to lead to a 12.4 percent decrease in the stress hormone cortisol in participants and a 1.4 percent drop in their blood pressure.

The practice itself is non-taxing and very relaxing – meditation, noticing and interacting with your surrounds and focusing on the present are all the exertions involved – and it finishes with a very pleasant tea ceremony using plants foraged from the forest.

As Auckland races towards the start of the Prada Cup and America’s Cup regattas, all eyes will be on the Hauraki Gulf, which covers more than a million hectares of ocean. It’s home to more than 30 islands, including wildlife sanctuary Tiritiri Matangi, and Rotoroa, with its heritage museum. On Motuihe you can watch tīeke/saddlebacks flit through the tree canopy at high speed and take in the magnificent views from the island.

Waiheke is the perfect jumping-off point for the gulf and your first port of call should be the Pacific Star, a graceful 41-foot catamaran owned and skippered by Young and McLelland. This is a serious boat which has sailed around New Zealand and up to the Pacific Islands. It’s built to comfortably accommodate up to 12 people and is available for day charters around the gulf. The couple will create a luxury bespoke experience for you, depending on where you want to go and what you want to see and do, and there are endless possibilities. But our money is on taking the Pacific Star to join the fleet of spectator boats for the upcoming America’s Cup racing series – arguably the best seat in town. On board the Pacific Star

This summer also presents a rare opportunity – marine scientist Dr Olive Andrews has joined the Terra & Tide team for the season to lead guided conservation cruises around the gulf on the boat.

Andrews, who is a marine researcher, ocean policy analyst and honorary academic in Auckland University’s marine science department, would usually be found studying humpback whales in Antarctica at this time of year, but covid has clipped her wings. Not that she minds too much.

“The Hauraki Gulf is an exciting place,” she says. “It’s New Zealand’s only marine national park and is a hotspot for marine mega-fauna including one-fifth of the world’s whale and dolphin species. There are also many species of seabird and 10 species of large shark here. The waters are shallow and productive and are home to some of our most valued and most vulnerable marine species.”

Andrews will be explaining the natural history and biology of the resident and migratory marine life and showcasing the importance of the Hauraki Gulf as a critical habitat of high conservation significance. And kids, listen up: part of that will involve using a hydrophone to listen to the underwater soundscape.

“We’ll be listening for snapping shrimp, dolphins echolocating, fish using their swim bladders and undoubtedly some boat engines – the Hauraki Gulf is a very busy place.”

The Pacific Star will visit Horuhoru Rock, home to a 2500-strong tākapu/gannet colony, which, according to Andrews is a globally important research site – and there’ll be every chance to spot dolphins and orca on the way.

“I hope people who come on this trip will take away a better understanding of how unique our backyard is and how much it is under threat. What we do has an impact on the marine environment, but there is plenty of good conservation work that’s also going on.”