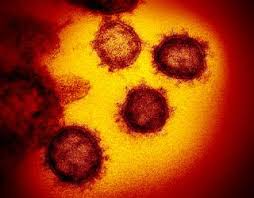 New Zealand has joined the global race to develop a covid-19 vaccine on the back of unique biotechnology created more than a decade ago at Massey University.

A group of wealthy New Zealand investors and a New Zealand-born academic working in Canada have kicked off funding for the vaccine with $500,000, to be followed by a larger amount as the vaccine progresses, potentially funding the company to complete a clinical trial. The total cost of getting the vaccine to market is estimated at about $8 million.

The investors will become shareholders of Covid-19 Vaccine Corporation Ltd - CVC - a company registered during the level four lockdown by four life sciences specialists who will spearhead the vaccine development.

CVC has also applied to the Ministry of Business, Innovation and Employment Covid-19 Innovation Fund for funding. The investors include entrepreneurs, Guy and Susie Haddleton, who made millions selling their Adaytum software to IBM, bathroom products manufacturer Kipley Marks and his wife, Elizabeth, Paul and Liz Blackwell, who own Albany Pak ‘n Save and owned the New Zealand Breakers basketball team before selling their majority stake in 2018, and the family trust of farmer-turned-property developer Christopher Reeve.

CVC co-founder and chief executive, Dr Robert Feldman, said the company wouldn’t be first with a vaccine because it wasn’t first off the block, but he said the goal was to create a reliable, all-round vaccine. The bio-bead technology that will be used in the vaccine production was developed by Polybatics, a company spun off from Massey University in 2009.

Feldman said it was too early to give a definitive timeline for vaccine production because “things could go wrong for all sorts of reasons”, including possible delays in getting reagents from overseas. But potentially it was feasible to finish a human trial at the end of next year, he said.

The vaccine would also need approval from the New Zealand Medicines and Medical Devices Safety Authority - Medsafe - the regulatory body run by the New Zealand Ministry of Health in a similar vein to the US Food and Drug Administration.

Feldman said by making a local vaccine New Zealanders would have a more realistic chance of getting the vaccine earlier than expected because of the immense pressure to get it into every country.

“We do have global ambitions but supplying the New Zealand market is our top priority,” he said.

He also said because the bio-bead technology had been tried and tested it paved the way for the creation of an effective, efficient, and economic vaccine. “It scales quickly and naturally to support five million people and we can manufacture vast quantities quickly,” he said.

Dr Stephen Strother, a senior scientist at the Rotman Research Institute in Ontario, Canada, has also joined the backers. He is a Professor at the Department of Medical Biophysics at the University of Toronto and specialises in standards and tools for neuro-imaging researchers.

“We are concerned that Kiwis might be well down on the priority list for any vaccine developed overseas and are pleased to be able to support this option built on locally developed technology,” Strother, who is presently in New Zealand, said on behalf of the investors.

Auckland-based Feldman, a medical practitioner, has an extensive background in medicine and research, including stints at Harvard Medical School and the Imperial College in London. He founded a vaccine company in the UK.

His co-founder, Nelson-based Andy Herbert, who also has a PhD, has worked for more than 30 years in the biotechnology industry and in pharmaceutical manufacturing in the UK and Canada. He specialises in helping companies through the challenges of development, production and processes in the field.

The other CVC shareholders who will be involved in the vaccine development are Helen Teale and Tara Creaven-Capasso.

They are all members of Life Science New Zealand. The World Health Organisation has estimated around 90 vaccines are being developed globally for covid-19, though numbers as high as 155 have been reported, with seven undergoing clinical evaluation. Some biomedical companies have promised a vaccine by the end of next year or earlier, even though vaccines have a history of taking years - even decades - before successful results.

Feldman said work in this field was “highly collaborative” and he and his team had started sharing details of their approach with peers.

“ Everything has a link to New Zealand endeavour,” he said.

While there were many ways to make vaccines, CVC's approach was the only one that would use bio-beads - a biodegradable bio-nanoparticle technology.

“The outsides of viruses are highly repetitive so the body is tuned up to look for small particles with repetitive elements on them,” Feldman said.

““In the most simplistic terms it thinks it is a virus.

“We programme bacteria to produce the beads and, simultaneously, whatever you want covering the beads, in a laboratory. You use the bacteria as a factory, which is very efficient.

“In this case each bead would be coated in a synthesised protein derived from the genetic code of covid-19.

“There is a lot of knowledge around the world about covid-19 and we know the options as to exactly what we put on the beads.

“We don’t need the actual virus as it has already been mapped so we use its genetic code and take the bits we want off the code to make our bits of the virus that the immune system will respond to.

“What we like about this approach is that every time these particles have been used previously they provide a broad, solid immune response.”

“Bacteria are fantastic factories as they produce an awful lot of this stuff very efficiently, making the cost of these goods lower than a lot of the other alternatives.”

The US Biomedical Advanced Research and Development Authority recently allocated $US483 million (NZ$798 million) to young US biomedical company, Moderna Inc. to develop a covid-19 vaccine. Earlier this week the company announced promising results in the first phase of the vaccine tested on eight people.

Moderna’s vaccine uses a disruptive technology that synthesises messenger RNA, a DNA copy of the virus for injection directly into the muscle of a person in the hope the muscle produces the right bit of protein for the body to react to.

“We’re already planning to put the protein into the vaccine so we don’t need to rely on that approach,” Feldman said.

And while he hoped a single injection would be enough, the technology also allowed boosters to be administered, unlike some of the other approaches being developed.

“With mumps, measles, rubella and whooping cough you need more than one injection to get a good response. At the end of it we will get an all-round vaccine that can be boosted and that has to be a good thing,” Feldman said. “Covid-19 is almost certainly not going to disappear so we are going to need a vaccine in the long term even if New Zealand gets its first vaccine from overseas."

Vaccine production was expensive because of the rigid rules, processes and protocols required in clinical trials and in laboratories.

“You have to obey the rules all the way through. Everything has to be fully validated, carefully controlled and done in a special laboratory that has layers of quality control.

“We all have our own approaches and in the end lots of testing will show what is best.”

ABOUT THE AUTHOR
Denise McNabb
Freelancer
Denise has worked for more than 30 years on newspapers and magazines on both sides of the Tasman, including as Australia correspondent for Fairfax NZ. She was named Brook Financial Journalist of the Year in 2007 and was the first NZ recipient of the Australasian Aviation Journalist of the Year award in 2008. You can follow her on Twitter @denise_mcnabb.
Latest articles
Money managers give back as they create wealth
Jenny Gill: Guardian of the givers
Big giver: Rosie Horton's life of giving
Explainer: how to set up a charity
Allegations put Arise $12m loan facility under microscope
Changes are sweeping over the charities sector
RELATED

The former head of the NZ space agency delved into the private sector after leaving the government last year.

The specialist healthcare property trust has been actively adding NZ properties to its asset base, now valued at almost a third of its $3.3 billion portfolio.